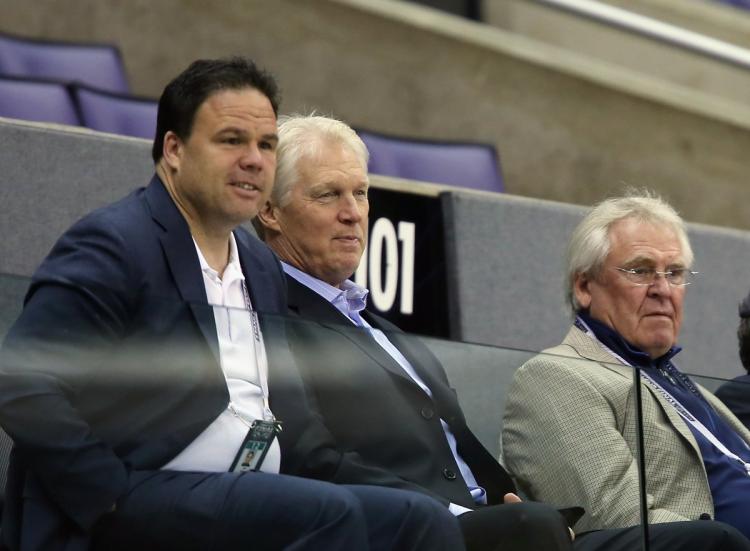 Friends, as we enter into this rebuild it’s important to consider what we lost and what we got in return. While we did sell off Nash, Grabner, Holden, McDonagh, and Miller, we ended up getting a boatload of picks in return (we now have three first rounders, two second rounders, two third rounders, and then one each in rounds four through six, with our own seventh rounder having been traded away as part of the Mika Zibanejad deal – a fair enough swap I’d say) but we also got some roster players, and so far it’s been going alright.

While guys like O’Gara and Lindgren may be underwhelming (I think Lindgren will be alright, but I know others aren’t so crazy about him) with regards to Namestnikov and Spooner, the future is looking bright. Now, both of them will have to be re-signed long term, providing the Rangers intend to keep them and not flip them both at the draft along with every prospect and pick they have for the first overall, but as far as production goes they’ve been pretty solid so far.

While these numbers all include the meager time he’s played with Tampa Bay so far, for the most part they represent his time with the Rangers, and while his production is nice it certainly wasn’t mind blowing, and his lackluster relative percentages mean he’s just slightly better than team average (keep in mind too that these relative percentages may have gotten a bump in TB, because I seem to recall them being worse last time I combed through his stats when he was a New York Ranger, but that’s just me and my spotty recollection). All of this is to say he was an nice player to have, but if you’re getting something nice in return then it’s not so bad.

Well, we did get something pretty nice in return in Vladislav Namestnikov. While these stats are going to mostly represent his time with the Lightning, and while they may be a little bit skewed because of his solid team and linemates, if the generic eye test is to be believed he’s still got it even now that he’s playing in New York.

Although he may not wind up quite as electric as he’s been these last couple of games (small sample size warning) I think it’s safe to say he’s got what it takes to be a successful hockey player no matter what. His stat line is 12 goals and 16 assists for 28 points, 17 of which are primary points, just like Miller. His rate stats are very similar to Miller’s as well, with his P/60 being 1.92 and his P1/60 being 1.17.

The difference here is that his percentages are better – his CF% is 52.19 (which is to be expected, given how dominant Tampa Bay has been on the puck all year) but his relCF% is 1.88, and similarly xGF% is 53.55 with a relxGF% of 1.49. He’s not the greatest player on his team, but he seems to be pulling his weight a little bit more than JT has been all year, given that his numbers relative to his team mates are actually a decent bit in the positive direction while Miller’s are marginal, if you even want to call them that. Remember also, since these numbers relative to team mates are based on the team’s percentages, one or two percentage points in the positive direction is fairly significant – if a player is anywhere near 4 or 5 percent in the positive direction they’re really outplaying their team mates.

Now we turn to Ryan Spooner, who I’m not going to compare to Rick Nash for one reason which you may or may not agree with, although I’ll stand by my decision: he was not the centerpiece of the trade. The Rangers were looking for picks and prospects with Nash (they said as much) and they got that too – a first rounder and Ryan Lindgren. They also wound up with Matt Beleskey and Ryan Spooner, almost as after thoughts.

In any event Spooner has, like Namestnikov, looked pretty good so far with the Rangers, and even if it’s a little bit unsustainable I’m willing to be he can still hang even when he cools off. His stats for the year (no custom query on corsica, so I couldn’t get just their time with NYR for any of these guys) are 8-14-22, with 15 of those being primary points, a P/60 of 2.81 and a P1/60 of 1.92. While it should be noted that he’s played significantly less time than Miller or Namestnikov (469.3 minutes to Miller’s 881.53 and Namestnikov’s 874.02), meaning these rates are going to be a little bit skewed, that’s still good production.

His shots and expected goals percentages are as follows – 52.71 CF%, -0.69 relCF%, 51.86 xGF%, and -0.59 relxGF%. Not so great, but in the right role he might be able to fix those issues a little bit, and anyways he’s played a little bit more than half of Miller’s ice time, so maybe those numbers would look more similar to Miller’s given 800, almost 900 minutes instead of a a little less than 470 minutes. Keep in mind also this is all at 5 on 5, so maybe Spooner and Miller look more similar when considering PP numbers, and then it’s a wash (I’m not going to get into all of that, because that’s another 400 words you don’t want to read).

What I’m trying to get at here is that the Rangers not only came away with a haul of draft picks, they also got two solid, prime-aged roster players, at least at forward (the defense remains a mess, but I’m almost certain Ryan McDonagh’s best days are behind him, or at least that his next contract is going to be a Bad One). This might seem not so great though depending on your persuasion though, so I’m going to throw one more element into this analysis: the money.

The Rangers were looking at two large contracts in McDonagh and Miller, both of which would have crippled a rebuild. I’m not going to drop a load of numbers on you right here, because I think I’ve done that enough and more importantly because there’s an easier way for me to do it.

Above are the salary predictions for each of Miller, Namestnikov, and Spooner (unfortunately for whatever reason McDonagh simply isn’t listed) as predicted by Matt Cane’s model and visualized by Bill Comeau. The good news is that we’ve also got our very own Chris Watkins using a similar model to explain why the Rangers won the trade deadline in terms of money. Any which way you figure it, just going by the arm chair GM “I’m guessing Miller gets x and Namestnikov gets y” or by these fancy models, the Rangers are going to end up paying less for Namestnikov and Spooner than they would for Miller and McDonagh.

I realize, still, that the defense is a mess and these swaps weren’t made one for one – they were all part of a larger plan. What I’m saying though is that even if things don’t cut up nice and tidy the way I’ve presented them here, even in the broader context of things, rough estimates are that the Rangers made away like bandits as far as kicking off a rebuild.

They got two solid roster players who they can lock down long-term for cheap if they so choose, they shed one forward who’s more or less in between two of the guys they got in terms of performance and well above both of them in terms of the money they’ll make, and they also dumped a defenseman who’s been playing injured for quite some time this season (and over the course of his career) who’s likely to get the big payday from one team or another. Given that, in addition to the treasure trove of draft picks they received, I’d say we’re off to a good start.

Now all we need is a franchise defenseman, and the good news there is that the Rangers are certain to win the draft lottery and select Rasmus Dahlin. Right?