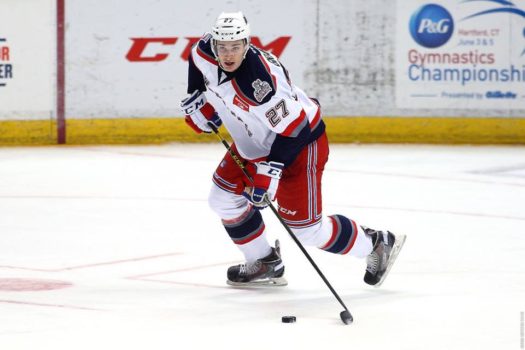 While the focus of the day was on the big Ryan McDonagh/JT Miller trade, there was another minor deal made by the Blueshirts today. Defense prospect Ryan Graves, who appeared to fall behind many in the depth chart, has been sent to Colorado for defenseman Chris Bigras.

Graves, a 4th rounder in the same draft, developed very well in the OHL and had a strong season last year on the Pack. It’s surprising that the Blueshirts dealt him for another defenseman, but it looks to be a deal based on skills. Bigras is more of a puck mover and better skater, while Graves is more of a bigger body with a big shot.