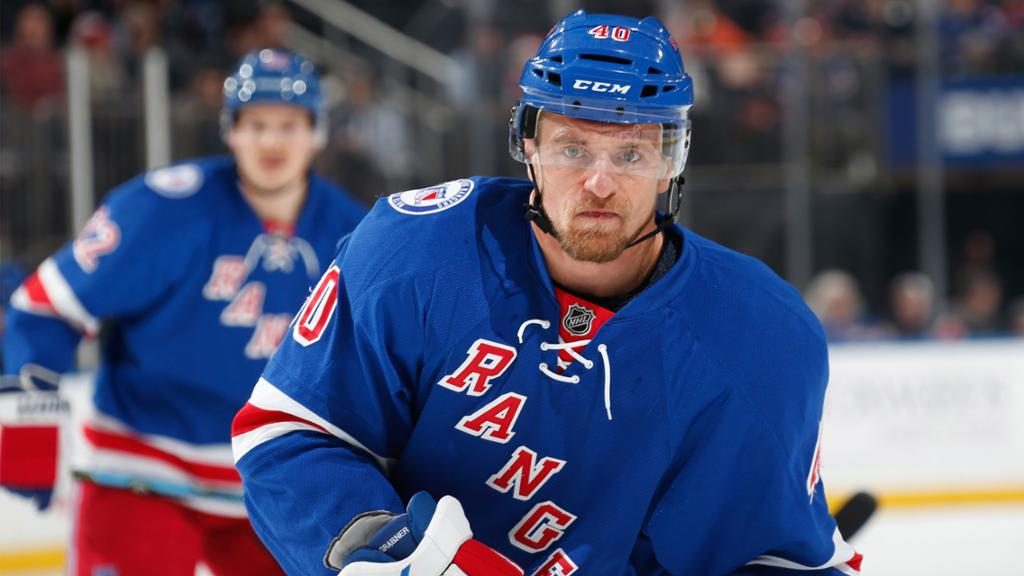 After last night’s loss to the Habs, the Rangers traded Michael Grabner across the river to the Devils for a top prospect Yegor Rykov and a second round pick. The fact that a trade happened wasn’t really a surprise, since Grabner was a healthy scratch for the game, a precaution to ensure he did not get hurt. As usual, I have some thoughts.

1. Let’s understand who Grabner is, before breaking down the return. Grabner is a solid player, a bottom-six winger who kills penalties. He’s a threat on the PK. He has tremendous speed, plays a two-way game, and puts himself in positions to score. That said, he doesn’t drive offense on his own. He’s a nice to have player, someone who helps a team that already has the primary scoring to make a run. He’s a nice to have player, who happened to revive his career in New York.

2. Because of all that, the return on Grabner is going to be lower than a return for Nash. As Pat said, GMs DO care about your reputation. Grabner doesn’t have the reputation of a guy who drives offense and scores 25 goals regularly, and that’s because he doesn’t We as Ranger fans have only seen the two marvelous seasons he’s had. That’s not a slight on Grabner by any means. It’s the reality of the situation.

3. Keeping all this in mind, the return is great. Rykov was easily the top one or two prospects in the Devils’ system. He’s a 20 year old kid who is getting top minutes in the KHL, a league notorious for seniorities. He’s a big kid, at 6’2″ and 215 lbs, and has a line of 2-14-16 in 51 games this season. He’s a good skater, a good puck mover, he has vision, is a great passer, and for you old school guys, he uses his size and hits people. Here are a few tweets regarding his play:

Rykov can play the power play but more as an augmentee than a QB. Breakouts are deliberate and methodical but does everything hard – passes, shots, hits. Plays a warrior-type game but not because he's always trapped in his own end.

Rykov is a very good defenseman who can compliment a kid like Skjei or Shattenkirk. Russian/KHL situation likely reason for getting passed over in 2015 and going late in 2016. Excellent first pass, keeps a tight gap and locks down the low slot. Very smart and NHL ready.

4. It doesn’t look good that he was a fifth round pick, but Russian kids are tough in the draft. Pavel Buchnevich was a third rounder because of signability. Igor Shestyorkin the same thing. Rykov is on Shetyorkin’s team, and he was the target in this trade for a reason. The Blueshirts have been keeping tabs on Shesty, and have seen a lot of Rykov. Both their contracts expire at the end of next season (I believe).

5. This isn’t a steal by any means, it is a fair trade. There were probably options with a late first round pick on the table, but those are crap shoots. The “sure things” in the first round end after pick 20 or so. Rykov is less a crap shoot and more an established prospect whose chances of making the NHL are fairly high. He projects out to a second pairing guy, and as Steve said above, someone who will compliment a Skjei or a Shatty, freeing them to do their thing in the offensive zone. This kid is ready for the next step.

6. The second rounder is nice to get too, and shows how great the market for Grabner truly was. From what I’ve heard, the Rangers were supposed to deal Grabner in the afternoon. The Devils and Ray Shero offered this last minute (probably), and the Rangers worked to get it done.

7. I need to call myself out here.

Thank you Ben. I was wrong. Never thought this would happen.