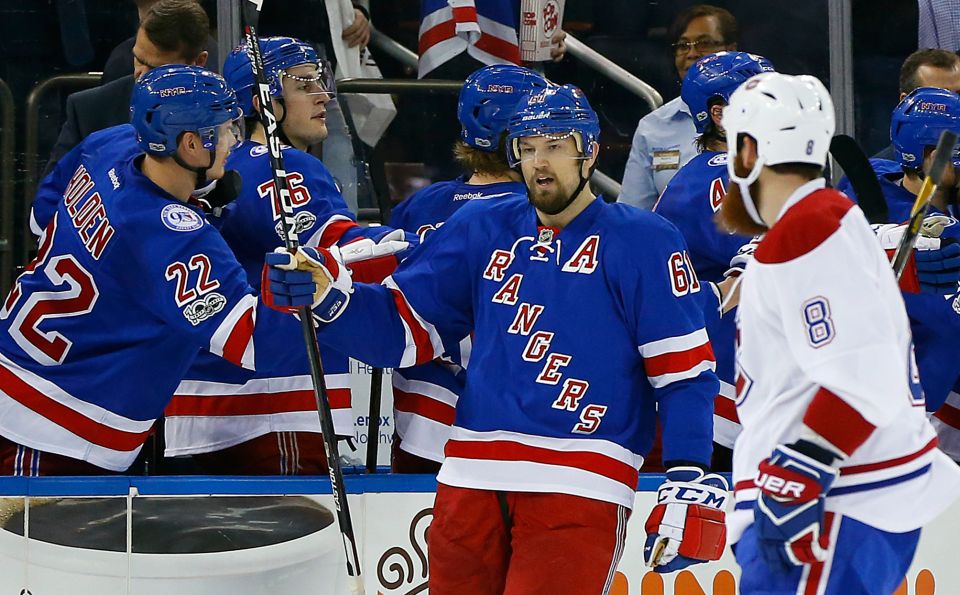 As the trade deadline approaches, the suitors for Rick Nash are going to grow. While that list grows, one team seems to be far ahead in their quest, and that is the Nashville Predators, at least according to Elliotte Friedman. The Preds are “all-in” on Nash, but as Friedman points out, they will need to be willing to part with even more young pieces –they’ve already dealt Sam Girard, Vladislav Kamenev, and a 2nd for Kyle Turris– to facilitate such a trade. They’ve benefited from strong drafts and development, so there is still a match here.

Nash is still a force on the ice, no matter what his detractors say. He consistently drives scoring opportunities and shot attempts on a team that otherwise can’t seem to generate anything consistently on offense. He plays in all three situations, and is one of the top penalty killing forwards out there. He’s a heady player who drives to the net and puts himself in positions to score. The two-way aspect of his game is just gravy at this point. He’s going to get a solid haul, especially if the Rangers retain salary (they will).

The cost for Nash will likely be high, especially if there is a bidding war. The Rangers have some solid names to sell, and Nash is close to the top of the list. His name, pedigree, and overall talent likely fetch the Rangers a top prospect and a top pick. However unlike Ryan McDonagh or Mats Zuccarello, who have another year on their deals, Nash’s pending free agency likely stop him from fetching a quality youngster who is either NHL ready or close to it. Kevin Fiala isn’t happening.

The cost for Nash likely begins with one of Eeli Tolvanen or Dante Fabbro. Both are former first round picks (2017 and 2016, respectively), and both are viewed highly. Tolvanen is tearing up the KHL, with a line of 17-17-34 in 47 games as an 18 year old (the KHL is notorious for senioritis, where vets get the playing time. Alain Vigneault would do well there). Tolvanen plays the off-wing, as a left on the right side. Fabbro is in his sophomore year at BU and is scoring at close to a point-per-game (8-16-24 in 28 games) as a right handed defenseman.

Prospects like Tolvanen and Fabbro are the starting point, as well. It makes you wonder if the cost will get to one of them and a first round pick. It’s not out of the realm of possibility. If the Rangers can land that kind of deal, then it’s a homerun for Jeff Gorton. Even if it’s one of them and a second rounder, it’s still a homerun.

When looking at some of the lower tier prospects, Emil Pettersson is probably the guy that people flock to. He’s putting up solid numbers with the Milwaukee Admirals in his first North American season. But he’s not a high ceiling guy like Tovlanen or Fabbro. Trevor Murphy is also someone intriguing and probably blocked by the 900 NHL ready defensemen the Preds have. But if the Blueshirts decide to go with the lower tier prospects, then oodles of draft picks will likely be included. At least a first and a third, possibly a second.

But in the end, I think the conversation begins and ends with one of Tolvanen or Fabbro. If Nashville parts with one, then there is a deal to be made here. I’d actually be pretty pumped with one of them and a second rounder, but I really do think the bidding gets it up to a first rounder. With Nashville entrenched in all-in mode, it’s not just about getting Nash. It’s about keeping him away from someone like Winnipeg as well. There is a deal to be made here. Nash would certainly make them the favorites –even more than they already are– in the West.