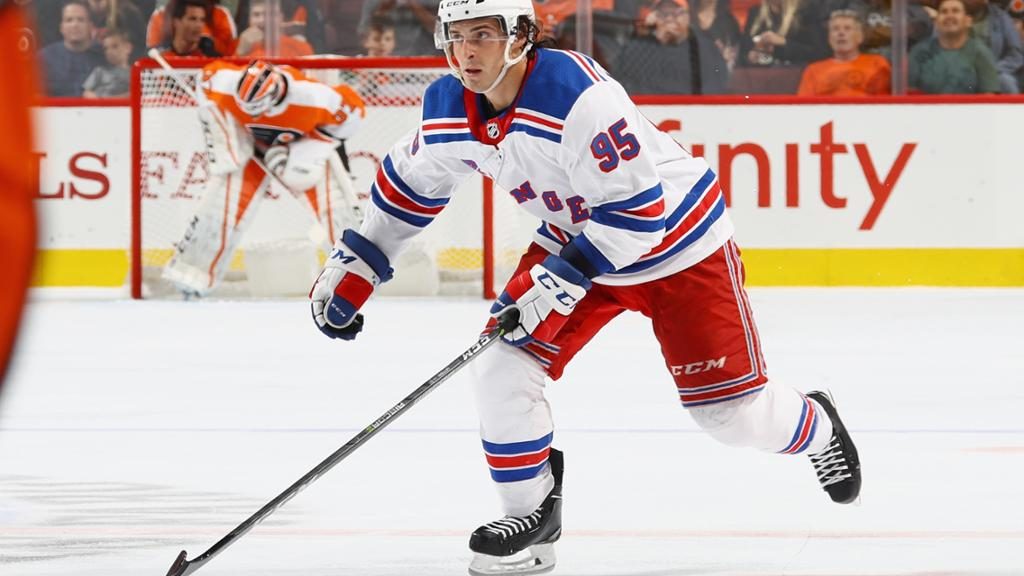 The Rangers have recalled forward Vinny Lettieri from the Hartford Wolf Pack. The recall was relatively expected, as the injury bug has hit another forward. Jimmy Vesey was elbowed in the chin by Filip Forsberg last night and did not return. It’s expected he has a concussion. Lettieri, who will turn 23 on Tuesday, has already played in 10 games with the Rangers, registering a goal and three assists. He has a line of 14-9-23 in 35 games with the Pack.

It’s worth noting that there was no defenseman recalled. This means at least one of two things. First is that Marc Staal is ok after being on the receiving end of a hit by Alexei Emelin (not likely), or that Alain Vigneault will just rotate Steven Kampfer into the lineup (more likely).