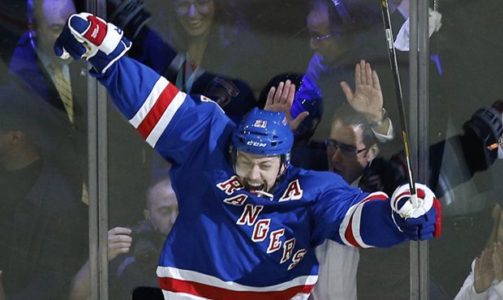 Memories.. light the corners of my mind

Coming off the heels of another great outdoor win, the Rangers only have three games that separate them from their week-long break. They also only have three more games until the effective halfway point of their season, as Saturday’s melee in Vegas will be their 42nd game of the year. Time flies, folks.

As we do, let’s take a look at the ever-so-tight Division Standings along with the Wild Card picture: 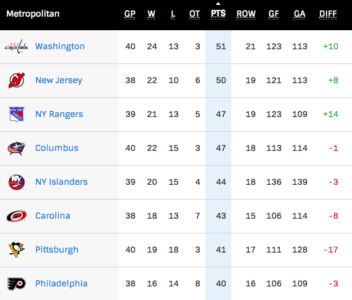 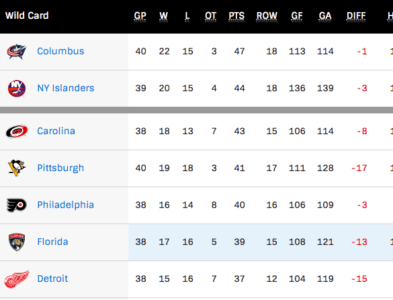 The standings teach us two things:

Winning the remaining three games, starting tonight, would do wonders for the collective blood pressure of Rangers fans far and wide. Let’s see what the Rangers have coming up.

Ahhh, Rivalry Night. So funny how last week, the Rangers-Caps showdown was an actual rivalry, where tonight, it is not. For the life of me, I cannot remember the last time I actively cared about a Hawks game, except to cheer for them against the Bolts in 2015 while simultaneously hoping for Patrick Kane’s leg to fall off.. but I digress.

The 2017-18 Blackhawks are not the same team we’ve seen win three times in the past eight years. Sure, a lot of their personnel is the same (see Kane, Jonathan Toews, Corey Crawford, Duncan Keith, etc) and they even traded over the summer to get Brandon Saad back from the Blue Jackets, but something is sour. The team is barely over .500 and the usual suspects are not performing well.

The only Blackhawk with over 30 points this season is the aforementioned Kane, coming in with 38 points in 38 games. Goaltender Corey Crawford, who has a .930 sv% this season, is on the IR and will not be playing tonight. Instead, the Rangers will host Jeff Glass, who will mind the net in his third straight. I’m currently breaking out in hives at both the thoughts of facing a backup goalie, and an athlete named Glass on Garden ice.

The Hawks boast good possession numbers, so this isn’t one to sleep on. It is, however, one that the boys in blue can win.

Math isn’t really my strong suit, but I’m fairly certain the Coyotes are officially eliminated from the playoffs already and they’ve only played 41 games. I mean, one of their 27 losses was to the Rangers when they stunk earlier this season. Pour one out for Derek Stepan.

Through 41 games, at 5v5, the Coyotes are the fourth-worst possession team – leading only Anaheim, Minnesota, and our beloved Rangers. The difference, however, is that their goaltending is not good. Yes, Antti Raanta, the person people argued should take Henrik Lundqvist’s place, has a save percentage of .912 in almost half the minutes that our King has logged… but it’s clearly not all Antti’s fault in the desert.

The good out of Arizona is their rookie: Clayton Keller has some special talent and is a fun player to watch, with 32 points during his first year in the league. Of course, we’ll see Stepan and Raanta, and it’s fun to reminisce. But other than that, this is a game the Rangers should win handily and vacate immediately to rest up for their Sunday night, the toughest game they’ll have this week.

I’ve gotta lay it on you straight, friends… I’m not about this Vegas team. What even is a “golden knight” anyway? It sounds like a hungover Medieval Times character who falls off his horse and embarrasses his entire section. No thanks.

Much as I may dislike them, they are, apparently, Actually Good. Sure, they’re an average possession team currently shooting, as a team, above 9%, but they lead the Pacific and deserve some respect. William Karlsson is a nifty center whose shooting percent of 26.3% makes Michael Grabner’s 2016-17 campaign look tame. Karlsson is on fire and doesn’t look to be cooling down in the next week, but a fanbase can pray.

What’s interesting about Vegas is their use of goaltenders. They’ve used five goalies this season so far due to tons of injuries, but Malcolm Subban looks to be their number one. Perhaps having several options will keep all of their goalies fresh throughout the season, perhaps having your best offensive players shooting double digits percent helps, but whatever it is, the GK’s are 9-0-1 (before gametime Tuesday) in their last ten, and outright dangerous.

As always, let us know your predictions in the comments. Let’s enjoy this week before we have a week free of Rangers hockey where we’re forced to watch the Devils and Islanders or succumb to NHL.TV / Center Ice.