The Case for the Rangers as a Stanley Cup Darkhorse 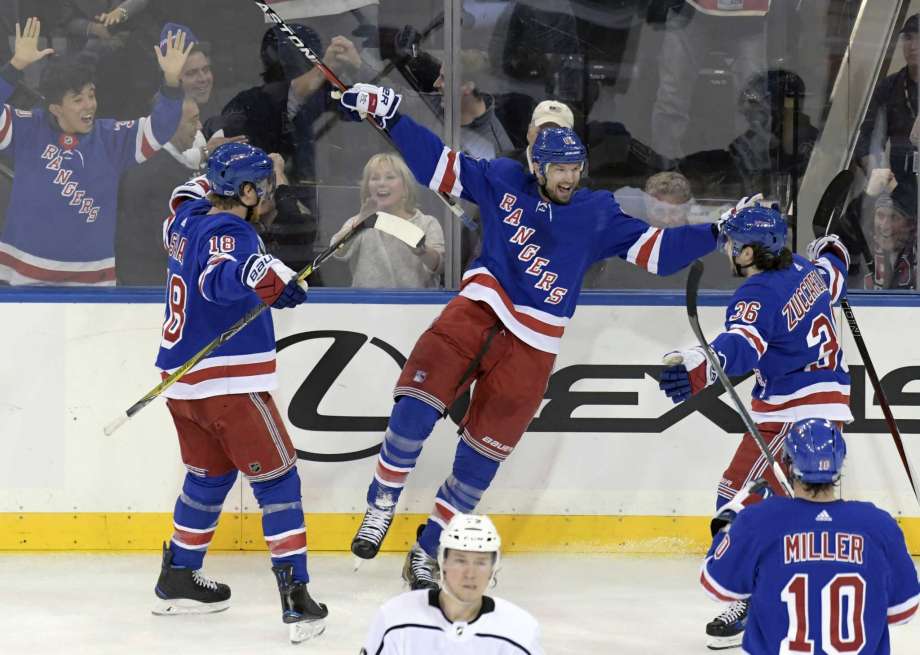 (Apologies for the sporadic output lately but unfortunately, wedding planning can’t be handled over spreadsheets.)

After a shaky start to the season that led to many calling for the firing of coach Alain Vigneault, the Rangers have righted the ship and have reeled off 18 wins in the last 27 games. While the resurgence of star goalie Henrik Lundqvist has played a major role in the team’s drastic change in fortunes, it would be a disservice not to look under the hood of how the skaters in front of him have performed.

With their recent uptick in performance, the Rangers have now moved into the top ten in goals for and goals against (ranked 7th in both stats). However, as I stated earlier this season, while stats themselves are critical to understanding a teams performance, understanding how they got there is just as important.

Using my Player Styles data (explained here in a previous post), I looked at how the Rangers compared to previous playoff teams in the post-2008 Corsi era. The chart below shows both the lowest rating in one of the 7 areas and still make it to the next round, as well as the average rating for that round. So for example, the average Cup Winner had skaters who were on average, better than 67% of the league in passing, and better than 63% of the league in shooting.

As you can see, by their 2018 ratings, the Rangers meet minimum cutoffs for a cup contender in nearly every area. More specifically, they currently rank among the league’s best teams this season in the key stats of Shooting, Passing, Skating and Two-Way Play. With Hank firing at all cylinders right now, that is usually a recipe for a long post season.

However, there is one glaring weakness that stands out. As you can see, Shot Creation is the one area where the team struggles. As it currently stands, no team has even made the Finals with a Shot Creation rating as low as the Rangers. Unfortunately, winning the shot battle has never been a strong point of AV’s tenure and his prioritization of shot quality over quantity is the main source of criticism about his systems, and it has only gotten worse over time.

Ultimately, what the data suggests is that the Rangers may still be a move or two away from being a truly dangerous Cup dark horse, and short of replacing AV, it may be the difference between jubilation and disappointment this offseason.

Or maybe a trade for Dave’s favorite Sabre might fit the bill.