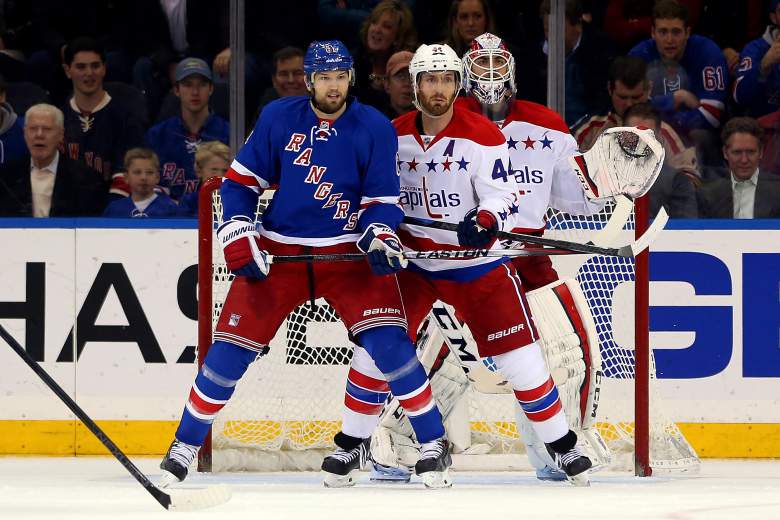 Brooks Orpik does indeed still play for the Capitals.

The Rangers have a light week ahead of them, with two games to warm them up before the showdown on New Years Day at Citifield. Hopefully, the break has given the team a chance to regroup from the messy ending of last week.

The standings are close as usual in both the Division and the Wild Card, and the Rangers are in the playoff picture for the time being. 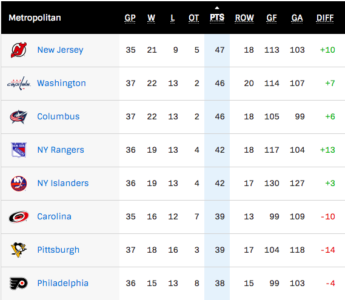 A dead tie between the Isles and Rangers, and three points has both Carolina and Pittsburgh looking in… well this ought to be fun.

Let’s look at the games this week.

“Wednesday Night Rivalry” brings us a divisional showdown with the Caps, a familiar opponent (and an actual rivalry game).  After a mediocre start to the season, the Caps found their footing in December, at one point winning 8 of 9.  Like the Rangers however, the Caps come into Wednesday’s game off of two straight losses, so they’ll be eager to right the ship.

The usual suspects – Evgeny Kuznetsov, Alex Ovechkin, John Carlson – lead the Caps, and are most likely to do damage to the Rangers.  But as a team, the Caps are relatively average.  Their xGF% of 46.31 puts them at 26th in the league; surprising when you consider Washington’s star power, but perhaps makes sense when you look at their diminished depth.  These are not quite the Capitals of years past, but they still pose a threat, and the way the Rangers have played lately, they can’t take any opponent for granted.

The Rangers make their first-ever visit to the new Little Caesars Arena (hell of a name for a hockey arena, eh?) for an Original Six tussle with the Red Wings.  Earlier this season, the Rangers and Wings played a highly entertaining game on Black Friday, with the Rangers prevailing 2-1 on a Mats Zuccarello overtime goal.  Jimmy Howard and Henrik Lundqvist were each sensational in that game, and over the course of the last few years, these teams have played some exciting, low-scoring games.

The Red Wings feature a strange mix of exciting young talent (Dylan Larkin, Anthony Mantha) and mostly over-the-hill veterans (Trevor Daley, Mike Green, Justin Abdelkader…  Note: this comment does not apply to Henrik Zetterberg, who is still great, because Swedish hockey players are ageless and perfect).  Detroit is mired in mediocrity, and other than their power play which ranks 7th in the league, the Rangers don’t have much to fear on paper.  A loss in this game would be very tough to swallow leading into the Winter Classic.

It’s tough to pick the Rangers to beat the Caps after the effort they put forth in their last game against Toronto, but Detroit is a weak opponent and the Rangers will be due for an outburst against a bad team.  With the Winter Classic looming, let’s hope the Rangers can keep their focus this week and not look too far ahead.

As always, leave your predictions for this week in the comments below!