Boo Nieves has been earning his keep 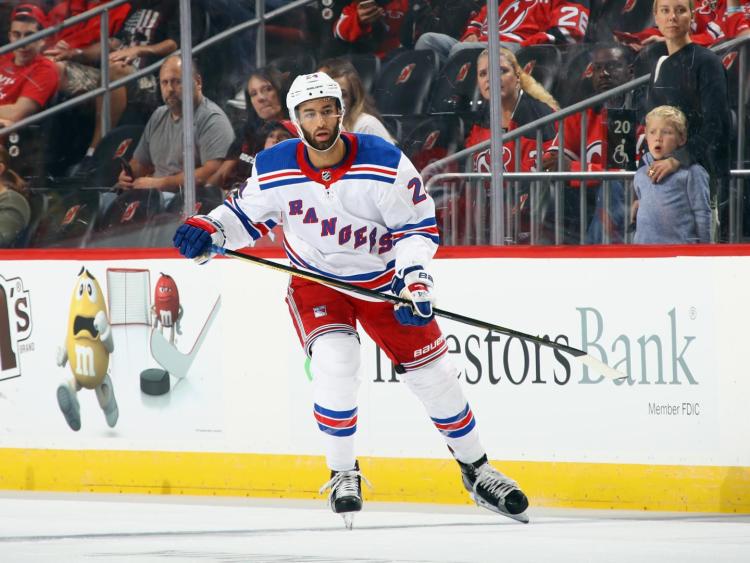 When the Rangers started the season with an abysmal 4-7-2 record, it was easy to point the blame at the entire roster and the front office. The biggest issue, one that drove many mad, was Alain Vigneault’s insistence of going with 11 forwards and 7 defensemen on multiple occasions. The Rangers had kids in the system waiting for a call up, but we were seeing a sub-optimal lineup dressed on a nightly basis.

Boo Nieves was called up, and there was an immediate balance in the lineup. The club was able to roll four lines and three pairings regularly. Anthony DeAngelo was sent to the AHL to make room. Both moves should have been made sooner, but better late than never. Nieves, who along with Brady Skjei represent the remaining 2012 draftees with the Rangers, had an impact beyond the lineup balance, and has been a pleasant surprise.

I say surprise because Nieves is already 23 years old, and was at the point of no return in his Rangers tenure. He had the tools, but we weren’t really able to see what he could do because the Hartford Wolf Pack had been terrible for a while. A top-six role wasn’t in his future, so he’d need to succeed in a more defensive role.

Succeed he has, at least thus far. Despite getting shelled with 60% defensive zone starts, Nieves has managed to be a positive impact on puck possession (51.8 CF% / 5.1 relative CF%, third on the team among forwards in both). It goes well beyond mere Corsi, as Nieves actually leads the forwards in xGF% at 56.78%.

Those percentages are great. But when you dig a little deeper, you see the defensive impact. Nieves is second on the club (among forwards) in limiting shot attempts against with a 50.86 CA/60 (Interestingly enough, Paul Carey leads the club at 50.09). Now here’s the crazy thing: He leads the team in xGA/60 at 2.29 –by a wide margin, too– and is second on the club in xGF/60 at 3.00. Nieves, simply put, has been nothing short of great in his first 14 games (small sample size alert).

To bring us all back down to Earth a little bit, he is sporting an exceptionally high PDO at 109.54, with an expected PDO of 100.94. What that means is we should expect a few more goals to be scored against while he is on the ice, which makes sense because he hasn’t been on the ice for an even strength goal yet. That won’t last, of course. This shouldn’t really be a shock to anyone.

The fun thing with Nieves is that even when those goals against start coming, his on-ice process has been stellar, so we shouldn’t see much of a dip in his performance. It’s not like his scoring is masking poor play, he is playing great hockey right now. The Rangers needed balance to the fourth line, and Nieves has brought it.