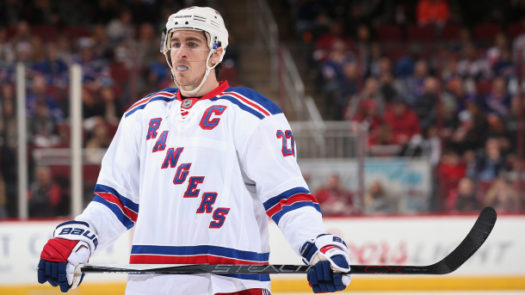 When I was plugging McDonagh’s name into my trade machine I had to double check that there wasn’t some big error that I didn’t notice. $4.7M a year until 2019? *checks CapFriendly*. Well, I’ll be damned.

(Seriously, Jeff Gorton do not read this.)

But for the sake of a good time (I see you NY Post), let’s explore what a player like McDonagh could fetch in a trade.

First, let’s break down how this whole zany system works:

A few years ago, my Hockey Graphs colleague Matt Cane put together a model for predicting free agent contracts. Matt has since moved on to bigger and better things, but I’ve stolen his model for my purposes.

Basically, the model measures Trade Value by measuring what the model says a player would be worth if he signed a five-year UFA contract right now (any longer and the predictions become too unreliable). There are 2 separate models for forwards and defensemen (read Matt’s post here for an explanation).

The best part of the model is that it’s simple and yet surprisingly accurate. After some tweaks to the importance of the variables, the model was able to predict about 63% of the variance in non-minimum contracts this offseason.

With that as a baseline, I made some key adjustments:

Potential – Based on my own research and another Cane article, a player’s draft slot is a stronger predictor of their production in their first couple years, and then declines pretty significantly by year 5 or so.

For example, in Cane’s model, the #1 pick is worth about $15M over 5 years, just on potential alone, so I reduce the value by 20% each year and add it to the player’s value.

Length and Value of Contract – Even though I value a player for 5 years, most players aren’t signed to contracts that are exactly that long. The trade model includes a “rental” option for players that are signed for less than 5 years, which accounts for their current contract and then adds in a percentage of their predicted market value for the remaining years. In addition, any cap savings for the acquiring team are added to the value of the trade.

Bad Money – Finally, for players who are paid more than they are worth according to the model, the difference between their actual salary and the predicted one is subtracted from the value.

According to the model, a player like Andrej Sekera is worth about $4.5M less than what the Oilers are paying him for the next 4 years, which means his $16M in trade value gets reduced to about $11M.

Got it? Good. Let’s get trading.

Based on the model, McDonagh is valued at $36M over 5 years, which is crazy because it builds in a pretty hard aging curve for D-men over 30.

Here is the typical return for a player of McDonagh’s value.

In looking at a few potential trades, I tried to prioritize youth, upside and draft picks where possible:

Why Winnipeg should do it:

On top of his holdout last year, Trouba has gotten off to a slow start this year with only 9 points through 27 games and his ATOI is down 3 minutes from last year. With Winnipeg leading a wide-open Western Conference, trading for McDonagh may push them over the top.

Although he’s struggled this year, Trouba nearly scored at a 50 point pace last year when he played and is only 23, with a 6’3″ frame and skill to spare. He and Brady Skjei can anchor the blueline for MSG for the next half-decade.

Why Toronto should do it:

Losing a young forward like Nylander hurts, but if any team is equipped to withstand his loss, it’s Toronto. Acquiring McDonagh would give Toronto a mean and mobile defense to balance out their forward depth and also maximize their likelihood of winning a cup while Auston Matthews is still on an ELC.

There aren’t many centers in the league who can both drive play and score at a 60 point pace, and even fewer are 21 years old. Nylander won’t come cheap but acquiring him now allows the Rangers to lock him in at the beginning of his prime. For all the readers aghast at trading a first rounder, A. how many 1st rounders have actually panned out recently and B. It was either that or Chytil

Why Edmonton should do it:

They really don’t have much of a choice. The team was inconceivably built to win now and short of a miracle, may miss the playoffs after coming into the year as dark horse contenders. McDonagh would give them the #1 they thought they were acquiring in Adam Larsson and may salvage Peter Chiarelli’s regime.

Puljujarvi and Yamamoto are both extremely young and have yet to establish themselves in the league. However, both have displayed flashes of brilliance this year and have tons of upside. If they struggle, that will only make the team’s own pick better this year, and if they succeed, then well, the sky is the limit.