Don’t get too excited by Rangers winning streak, just yet. 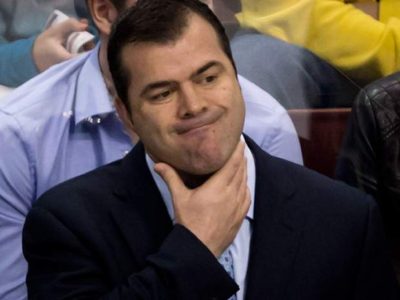 Any chance of a good start AV?

One of the reasons I jumped off the Alain Vigneault bandwagon quite some time ago was the coach’s constant regurgitation of clichés. After the Canucks game on Sunday night we got to hear the classic line; ‘good teams find ways to win games’. Sure, of course they do.

Call me a cranky fan if you will (for the record, I love me some positivity and I’m a fan that usually is a little too high on his own team) but I’d prefer some honest assessment from AV such as how the Rangers were abysmal for large stretches of the game on Sunday night. Slightly of track, but I’d also think it would resonate in the dressing room more, if the players heard their coach openly say they sucked (and how and why) when it’s actually the case. But I digress.

Previously (and I’m too lazy to check which game the quoted followed) we were gifted with the ‘we came ready to play today’ quote. If you’ve listened to him enough you’ll note this is one of Vigneault’s favourites. If I recall correctly, it came after the Canes victory.

This brings me to my point. The thing is, the Rangers didn’t come to play against the Canes – despite the pretty score line after all was said and done. As in many other games recently, the Rangers were kept in the game by their all-world goaltender, in addition to some generous assistance from ‘Canes goalie Scott Darling.

Here’s some basic numbers for you all (including the Canucks game Sunday night): 4-11, 6-17, 11-17, 10-7, 12-14, 11-9, 9-12. This is not deep analysis folks – Im writing this Sunday night after a flight back from Iceland so please forgive me for the most basic of statistical insight. Those numbers are the shot totals from the last seven first periods.

Dating back to the Oilers game, the Rangers have been outshot 87-63 in first periods. They have only led after one period in two of those seven games and one of those was the Hurricanes’ game, a game which the Rangers had Lundqvist and Darling to thank for their lead after one.

These are basic stats folks. We haven’t delved into any fancy stat analysis at all yet (I’ll let someone else do that another day). Scoring chances, possession numbers… let alone dare we go near the turnover numbers. Here’s the thing… enjoy this streak. Enjoy the Rangers racking up wins and feasting on the soft schedule and enjoy watching Henrik Lundqvist (by and large) carry this team into a playoff berth. A tougher schedule is around the corner. So is potentially a rude awakening.

Winning brings confidence, wins create momentum and of course, some breathing room in the standings, but the Rangers’ constant slow starts to games – even against ‘lesser teams’ cannot continue. Hopefully the Rangers can address their slow starts. They won’t be in games if they don’t.

My concern is this: at least publicly, Vigneault doesn’t seem to get it. Based on the numbers, either AV isn’t addressing the team’s sloppy starts, the players are not listening or they are failing to adhere to their coach’s grumbles.

The Rangers have dragged themselves back in to the thick of the playoff race with a run of wins (and winning percentage) that isn’t sustainable. They’ll only stay in that race if they start playing from the first puck drop and supporting their hot goaltender. Until we see better play from the off, don’t get too excited by the current run of form.