Is it time for Vinny Lettieri to get a shot? 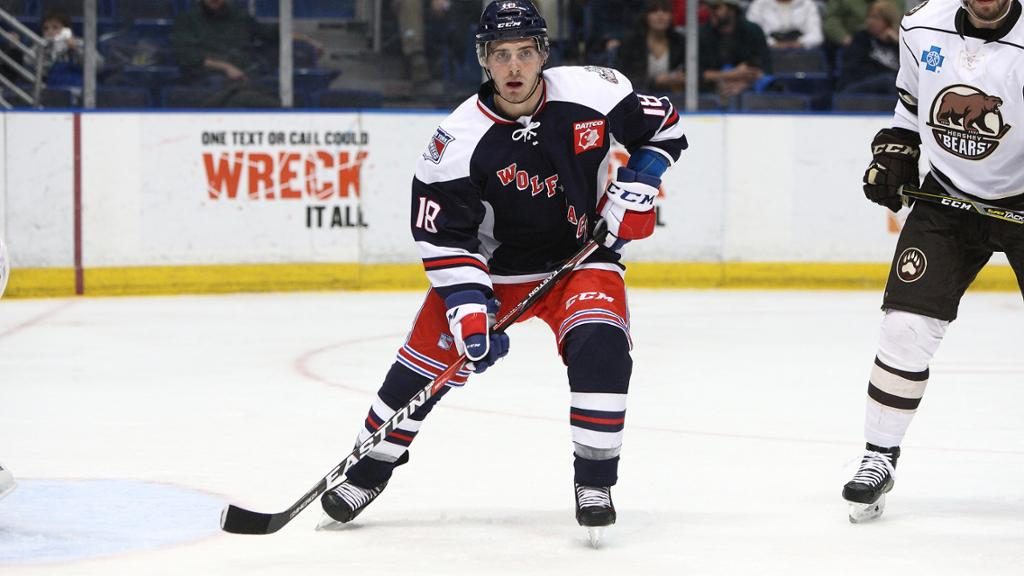 With each passing game, the desperate need for a 3C intensifies. Last night, with David Desharnais struggling, the Rangers shuffled the lineup, putting Paul Carey into the mix. This is the same Paul Carey that Alain Vigneault passed over in favor of 11F/7D earlier in the season.

As it sits right now, Desharnais is the 3C (sometimes masquerading as a 2C) and Carey is the 13F. When one struggles, the other is in the lineup. That’s not the most ideal scenario. Replacing Derek Stepan with literally nothing was not a smart move. While we wait for a potential trade, a move from within may be the best bet in the short term.

While the primary focus has been on Filip Chytil’s performance with the Hartford Wolf Pack (5-6-11 in 9 games), Vinny Lettieri may be the safer bet in the short term for a quick cuppa to see what they have.

Lettieri, signed as an undrafted free agent, has an impressive line of 8-5-13 in 17 games this year with the Pack, for an 82 game pace of 38-24-62. The 22 year old center is second on the team in scoring (Cole Schneider), but tops in goals. He’s had a very impressive start to the season.

The big question about his scoring is how it would translate to the NHL level. Rob Vollman has had an NHLe (NHL-equivalent) scoring model for a few years now, and has tweaked it as needed. The most recent version has the scoring at .47 NHL points per AHL point.

We can use Lettieri’s 82 game pace to give a nice estimate of how that might average out at the NHL level, which would come to 18-11-29 pace over 82 games. Naturally this is not an exact science, but it’s a good framework.

Lettieri also has a bunch of connections with the Rangers, attending prospect camps in 2014 and 2015. Brady Skjei was key in his recruitment as well. He’s a heady player with clear offensive talent. With the Rangers desperately needing a 3C, Lettieri might be a pleasant surprise in that role.