The Rangers were looking to get back on track after losing two in a row, and did just that against Ottawa last night. The Rangers played strong defensive hockey (not perfect, but it’ll do) and made the most of their chances in the 3-0 win. They club really cemented the win after a brilliant PK after the Brendan Smith major/game misconduct.

The Rangers got a big two points against a team they may be fighting for a playoff spot down the road. It may not seem important in November, but it’s a four point swing against a potential playoff team. At this juncture, with how the Rangers have played, every point and every swing counts.

Jesper Fast was in deep to force the turnover along the boards. Jimmy Vesey got the puck, and his slot pass was deflected right to Fast, who got it across the slot line to Kevin Hayes. Hayes ripped it over Anderson’s glove.

Another good forecheck leads to control for the Rangers. Marc Staal’s shot got deflected by Michael Grabner. 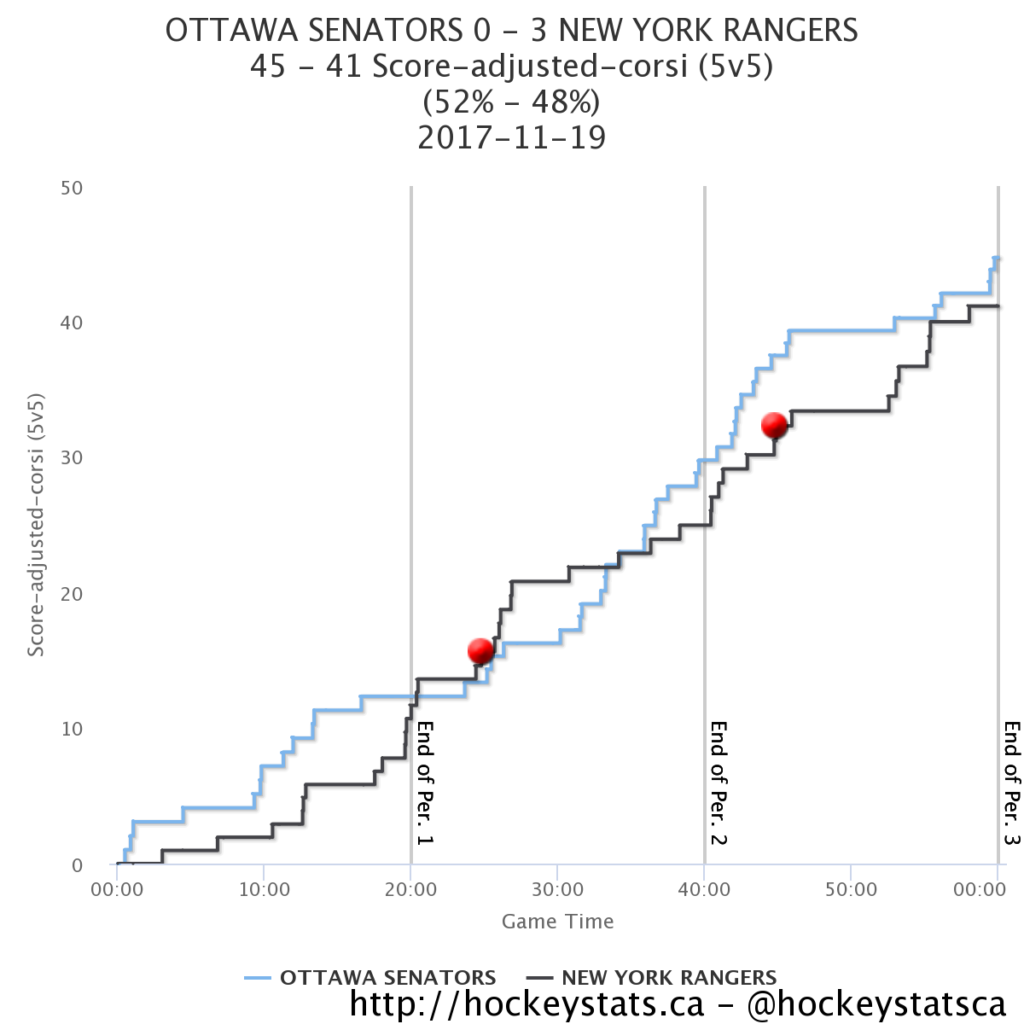 This was relatively even throughout the game. There were swings in each direction, with Ottawa pouring it on in the third trying to tie it. They had chances, but those that got through were stopped by Hank. 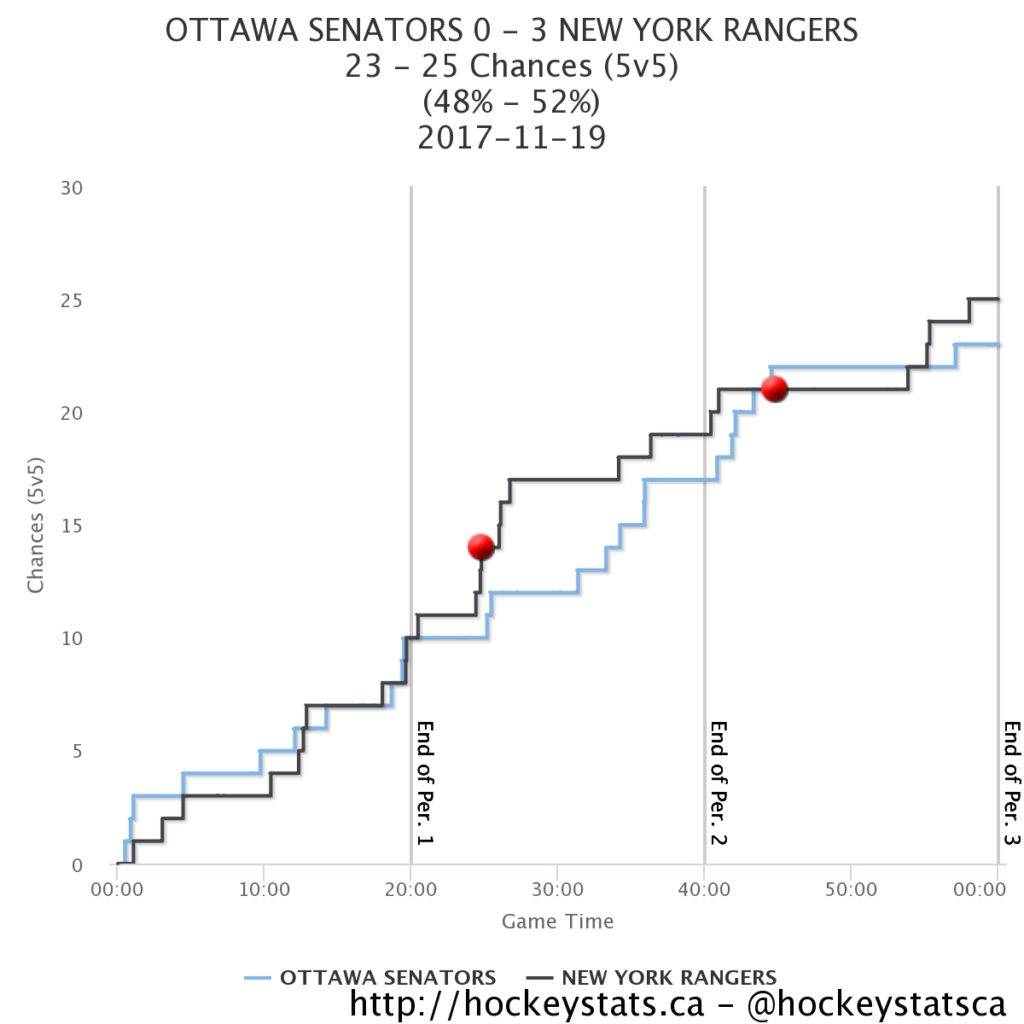 The Rangers did a good job of limiting the Sens’ scoring chances. There are always going to be chances in games, but Hank came up big when he had to. The team defense did the rest after that.

Here’s the shift chart. Nothing crazy in terms of benchings or double shifts. McDonagh and Holden got the Duchene line, no surprise there. A little surprising to see Skjei/Shatty get the Brassard line, though. But that is their second pair.

The Rangers have a little break before their next game on Wednesday night. We might see a Brendan Smith suspension in that time as well. You never know with the NHL nowadays.