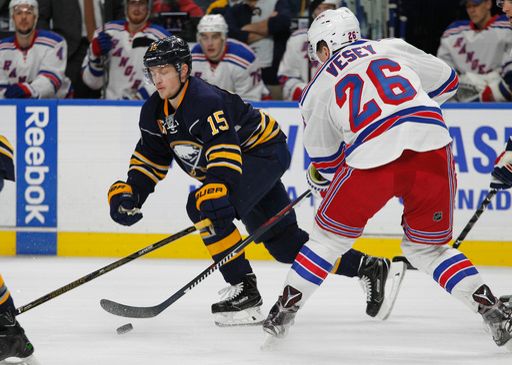 The Rangers are in the midst of a five game winning streak, and have stormed back to relevancy. It’s nice to see after that horrid start. Naturally, I have some thoughts.

1. It’s very nice to see some sense of urgency from this team. There are certainly issues, most out of the hands of the guys suiting up every night, but it’s good to see they sensed that their season might be over if they don’t get their collective acts together. I am still of the belief that a true 2C makes this team a legitimate Cup contender, but that is based on a few assumptions.

2. One of those assumptions is that Steven Kampfer eventually sits for Brendan Smith, the way it’s supposed to be.

At this point, there is no discernible difference between the two players. One is a spare part. The other was signed to a massive four year deal and has been identified as a solution to the defensive woes. Let Smith play through his issues. It’s the only true option. I get the issues in training camp. But it’s November. That’s the only fixable gripe I have with the blue line at the moment. The rest comes with time.

3. Speaking of things coming with time: Kevin Shattenkirk’s defensive zone play will improve. He’s not going to get to Ryan McDonagh levels, but he will certainly make fewer mistakes. Remember in 2013-2014 when the entire team had issues learning the new system? Same thing applies. If he’s still having major issues in December, then I get the complaints. But even with those issues, he’s a net-positive player with his offensive contributions, both 5v5 and on the powerplay.

4. That hunt for a 2C continues, and I wonder if the Rangers should begin exploring packages including Jimmy Vesey. His perceived value is sky high, and does not match his actual production on the ice. 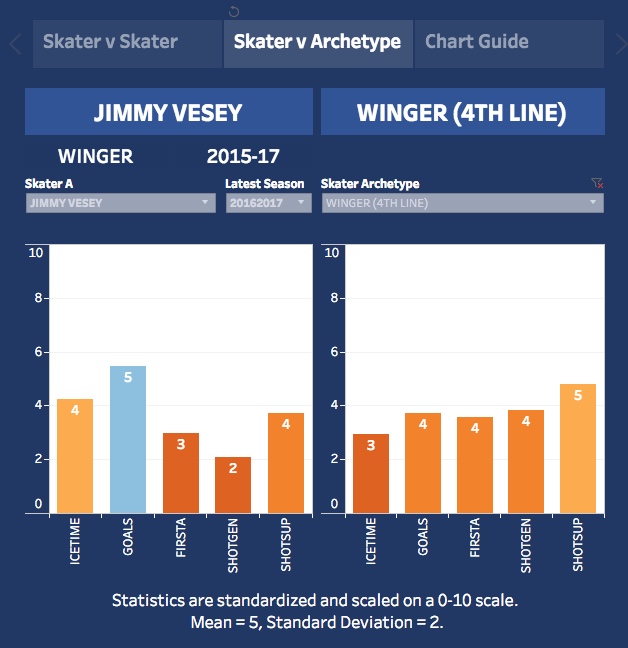 Vesey, as of today, barely meets the fourth line winger average production. That’s not to say he won’t improve, but there are a lot of folks who believe he should be in the top-nine or higher. Don’t get me wrong, the kid puts in a ton of effort. But the effort doesn’t match the production. He’s fine as a 4LW for now, but in terms of pure asset management, he could be a huge key in landing a 2C. I wonder if Vesey and a defense prospect (Graves?) is enough of a starting point for a 2C.

5. Henrik Lundqvist seems to be getting a lot of heat. I get it. He has a big contract and the numbers aren’t sexy. He struggled last year too. I’m not overly concerned. He seems less shaky in net over the winning streak. Let’s see how he does when the defensive units are finalized and consistent. Some of it is likely age, but as Justin pointed out, it appears a lot is hedging due to lack of faith in his blue line.