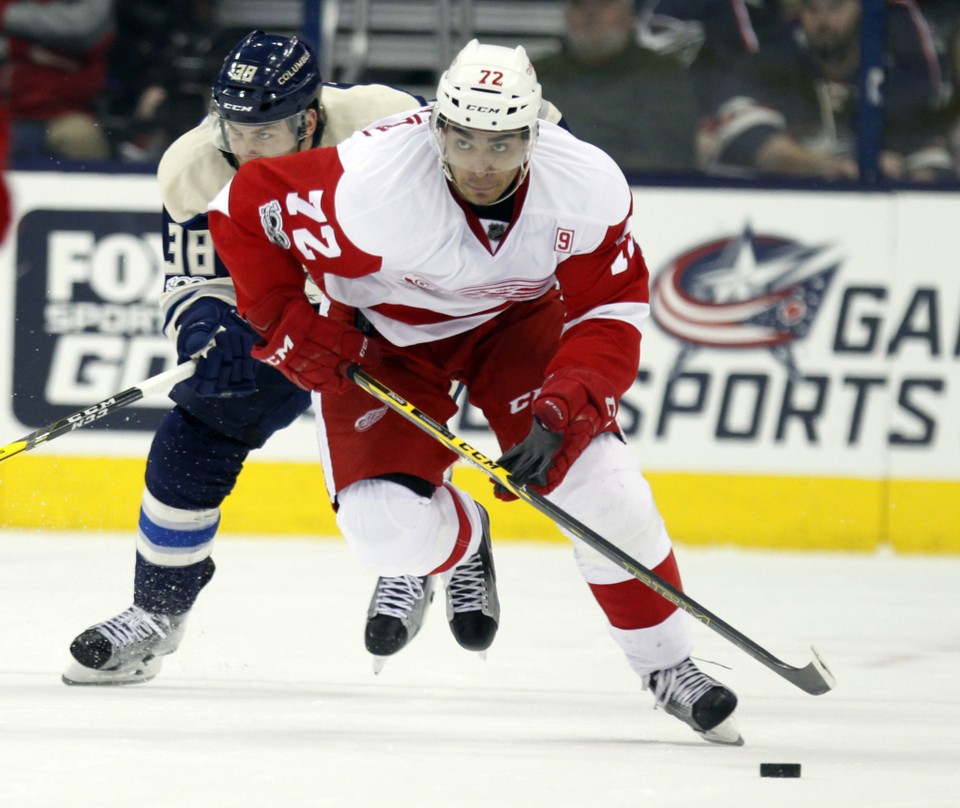 Can Detroit and the Rangers help each other?

This post was written a few days ago. Since then, the beat writers have bemoaned the lack of center depth, AV has gone crazy with his line combinations and the Rangers threw up a stinker to the Devils (I fear for the Rangers against the Pens as I schedule this post…). So without further ado, back to one potential external center solution?

The Rangers inability (or stubbornness?) to properly address the center position prior to the new season has definitely had an impact on their uneven start to the season, even if more of the blame can/should be rested squarely at the feet of Alain Vigneault and his now borderline inexplicable coaching decisions (please, no more Steven Kampfer).

What makes the Rangers struggles at center even more frustrating is that there are very legitimate, indeed enticing, options outside of the organisation. Are ten days into a season too early to make a external move? Well clearly not, as the club deemed it appropriate to pick up journeyman depth player Adam Cracknell. Yay.

Andreas Athanasiou remains in Michigan limbo, and while no one will ever confuse Athanasiou with Steven Stamkos or Connor McDavid, he would certainly help legitimise the Rangers most troubling position. Aside from perhaps the unpredictable headspace of Alain Vigneault, and at least to me, Athanasiou just makes too much sense not to pursue. Yes, Athanasiou has been talked to death as a potential option for the Rangers, but the worrying start has made outside help even more of a topic for discussion.

The Canadian center is a speedster that fits well into the Rangers DNA, he has regular 20 goal potential, Detroit are hard pressed to fit him in financially and given the obvious public stalemate between player and the Wings not to mention the potential defection to Europe just to get game time, and it’s hard to believe Athanasiou can’t be had at a reasonable price.

Even with the recent online chatter that the team and the player are in communication and the Wings don’t want to trade, it’s simply hard to think a deal that could help both teams can’t be found here….

While the Rangers had (finally) started to address their lack of legitimate prospects in recent times, of course, they still cannot throw away assets recklessly. However, given the Rangers newfound and apparent logjam at the blueline throughout the organisation, and given the Red Wings need for legitimate NHL talent on the backend at reasonable cap hits, there is surely a fit to be had.

Would you package Ryan Graves for Athanasiou? Would you package a deal with Nick Holden and a mid round draft pick to get Athanasiou (a deal where the Rangers would clearly need to take something else back from Detroit…)? With the additions of talents such as Tony DeAngelo and Niel Pionk the Rangers can afford to swing for a kid with upside such as Athanasiou.

Other blogs have suggested the Rangers need a true, traditional fourth line center and no, Athanasiou would not be the cure to the bottom line (and PK) woes. He is also not the only name on the market worth exploring this early into the season (ah, expansion fall out….). He would however add talent at center, speed to the line-up and has significantly more potential upside than the Band-Aid type addition that is David Desharnais. Athanasiou could also be insurance come next summer should any of the Rangers upcoming free agents course cap headaches (Hayes, Miller, Vesey all RFA).

Alain Vigneault almost refusing to dress an optimal line-up with the tools at his disposal is stress inducing. It is also frustrating that the Rangers have legitimate options outside of the organisation that could be significant upgrades at reasonable cost. Andreas Athanasiou is just one such example.