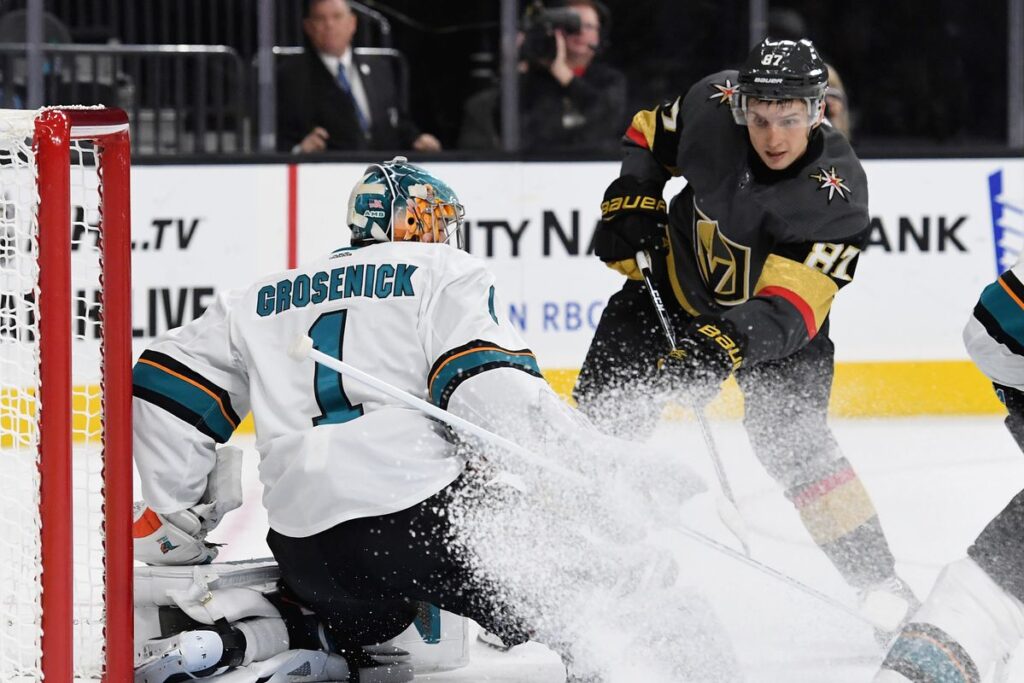 In the midst of the panic with the Rangers having a poor first two games of the season, one of the things that have been consistently talked about is Coach Alain Vigneault essentially benching 18 year old rookie Filip Chytil throughout the first two games of the season. Chytil has struggled, but when he is your defacto 2C, you can’t be playing him five minutes a night. Perhaps it takes a bit to get used to the tougher competition.

One thing thing the Rangers must do is add a talented center as soon as possible if the Rangers intend on sending Chytil back to Zlin (Czech league), otherwise the offense is in trouble. Adding a top-six center is incredibly difficult, and the Rangers don’t really have the chips to land a guy that fits that mold. It’s going to be easier said than done. So the club is going to have to get creative.

One option that has been discussed is Andreas Athansiou, but that came with its own hurdles. Detroit would need to waive multiple players to keep him if the Rangers were to offer sheet him at around $2 million, but this isn’t NHL18. Teams don’t offer sheet anymore. So let’s consider that a no-go.

What else is there? Is Paul Carey going to become super rookie at age 29 and lead the Rangers to the cup? Of course not. But the Rangers may have just been blessed by a horrible mistake of the 31st NHL GM.

George McPhee shocked many NHL fans and pundits by sending Vadim Shipachyov, one of the most sought-after free agents last year and great playmaker from the KHL, to the AHL. Originally it was seen as a paper move as the Golden Knights seem to have thought there would be a bigger trade market for their scrubs. Now a week into the regular season, rumblings from KHL reporters state that Shipachyov may be interested in leaving North America and going back to SKA.

Appears as Vadim Shipachyov and his camp are looking to find a way to get back to the KHL. https://t.co/3UlBnC8QP3

How often do you have such an easy out card if you are the Rangers? There is a top 6 caliber playmaker who dominated the second best league in the world looking to leave a franchise he willingly signed with. Vegas is a team that seems to be stuck here as the relationship between them and the player is potentially ruined. If Chytil returns to Zlin, the Rangers would be left with $2.5 million in cap. Couple that with the long-anticipated Nick Holden trade (assuming the trade market opens up) and you have $4.165 million.

There’s also the possibility that Vegas, who currently has Shipachyov earning $3.475 million in the minors, would be willing to retain some salary. It’s unlikely, but there’s still a non-zero chance, and it’s a safe assumption that if the relationship is ruined, they’d like to get an asset for him. That said, there is some risk here. In the off chance that Shipachyov doesn’t succeed here –and I genuinely believe that he will be a perfect fit– then he can be sent to the AHL, where he would likely look to bolt to the KHL. That would wipe the cap hit off the books.

As perfect as a fit this can be for the Rangers time can be running out if he is a target. The Penguins are also looking for a 3C and they somehow always have things go their way. Montreal is panicking over their offense this season (by the way you guys and gals have to listen to Habs radio stations after a loss, so funny) and with over $8 million in cap space, Shipachyov’s salary can easily be swallowed up and they were rumored to be interested in him too. 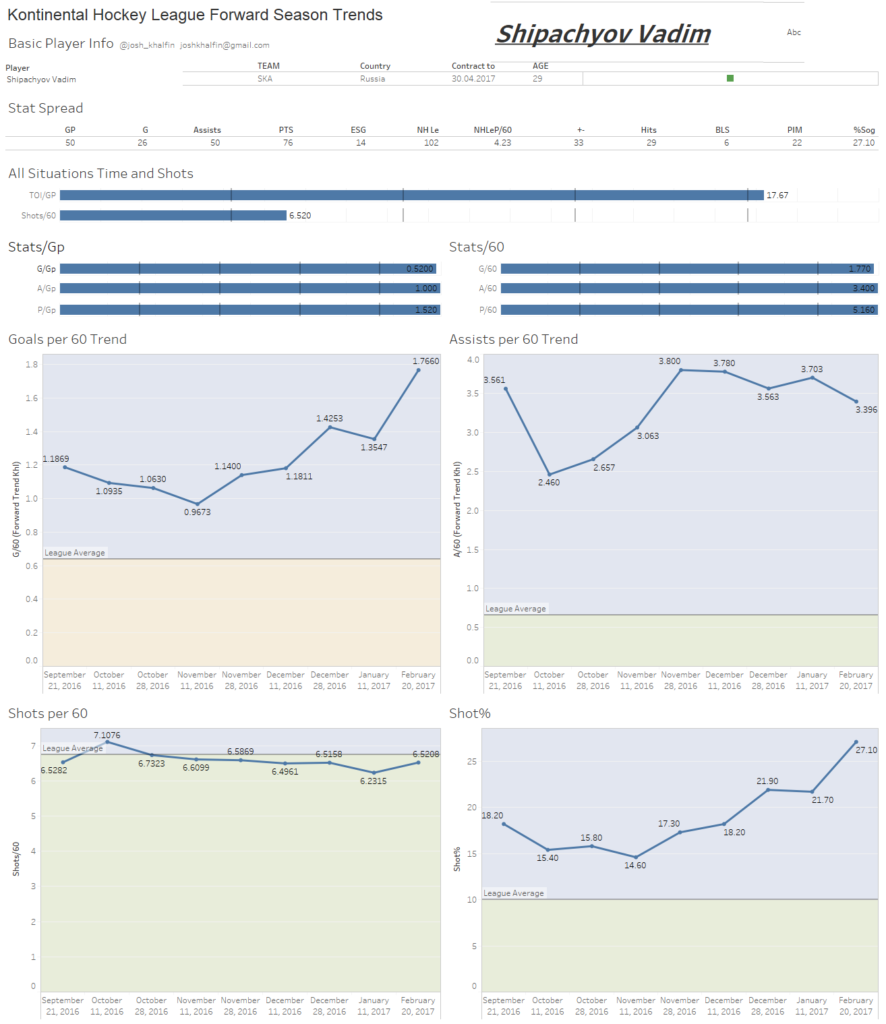 So what does Shipachyov provide the Rangers? He gives a serious offensive threat coming off 76 points in 50 KHL games last season. He was so good that he broke my NHLe charts above. It is unlikely that he is a 100 point NHL player but that just shows the point production that he had in the KHL last year was special.

He is a fastm shifty playmaker that is great at threading the needle through traffic, with most of his incredible plays in the KHL coming from drawing two men to him and opening up a streaking winger. Giving Rick Nash that kind of playmaking ability on his line can resurrect some serious finishing ability and allow the Rangers to roll those top 3 lines really well.

He is not overly physical, and has difficulty winning boards battles, which can be exploited. However that doesn’t mean he is defensively inept. He has an active stick and uses his skating just as efficiently on the defensive side of the puck. But it’s clear he’d be brought in for his offensive prowess.

The addition of Shipachyov would give us these potential lines:

I think that is a forward group that would be very successful with the new puck moving ability of the defense. There is also a small possibility, that bringing Shipachyov can lead to the Rangers adding their next top 6 RW too. It is believed that Nikita Gusev, one of the best KHL wingers, was traded to Vegas because he would join them to play with former line mate Shipachyov. If that is another part of this trade when Gusev becomes a UFA I can’t see how this trade won’t be a massive win for the Rangers.