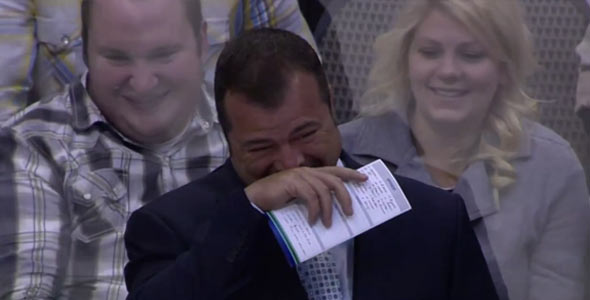 The Rangers seemed to turn a major corner this summer, recognizing a need to be more mobile on the blue line and acting to fix that need. Off went Dan Girardi and Kevin Klein, in came Kevin Shattenkirk and Brendan Smith. Marc Staal was moved to the third pairing. Nick Holden seemed to be the odd man out.

These moves came one year after the club made the same types of changes up front. Skill, speed, and youth seemed to take charge at forward, and the results were a fast paced offense that could almost score at will. On paper this season, the Rangers could be one of the best teams in the Eastern Conference.

The wild card has always been Alain Vigneault. Stubborn to a fault, AV will play his guys in a way that he believes will win hockey games. He’s been very successful with that strategy as well, as he’s one of the winningest active coaches in hockey. However the best coaches still adjust, and that is the area that AV is lacking.

It appeared that Jeff Gorton had forced AV to play the players that will win the most games in the new speed based NHL. There were still some old toys around –Staal, Holden, Kampfer– and some new toys that fit AV’s need for “toughness” in Paul Carey and Andrew Desjardins. All five are still around, some over kids who played better in training camp. The kids in camp aren’t the issue though, as it’s better to get them consistent playing time in the AHL.

The issue at hand is that AV still shoots himself in the foot with roster decisions. The Rangers didn’t open the season well, with a bad loss against Colorado and an even worse showing in Toronto. AV appeared to panic, dressing 11 forwards and 7 defensemen while scratching Brendan Smith (who struggled) and Filip Chytil (who barely played). Perhaps the worst is putting Staal back on the top pair, but that’s a whole other topic for another day.

We can all complain about those roster decisions, but let’s be real here. We all expected this to happen in October. We knew AV would sit new guys for his guys, even if just to see what everyone has to give to the team.

Perhaps the larger concern, focusing on Chytil here, is his in-game deployments. Chytil had a strong camp, strong enough to warrant top-six minutes. But those minutes were in theory. Chytil was left off the powerplay in the first two games and played just under 13 minutes in both games combined. Given every chance to succeed in the preseason, AV went right back to his old ways as soon as the season started.

Beyond Chytil, the blue line ice time is a major problem. Using last night’s game as the barometer, Tony DeAngelo, who has done everything to show he belongs, played just 3:45 through two periods. Yet Holden and Steven Kampfer were at over 12 minutes. How does that show progress and learning? How does that put DeAngelo in a position to succeed?

Teaching an old dog new tricks is critical to the success in an ever evolving league. Perhaps this is just AV seeing what he has with the new roster. But we’ve seen too much and AV doesn’t have the benefit of the doubt anymore, he lost that over the past two seasons. AV needs to adjust.