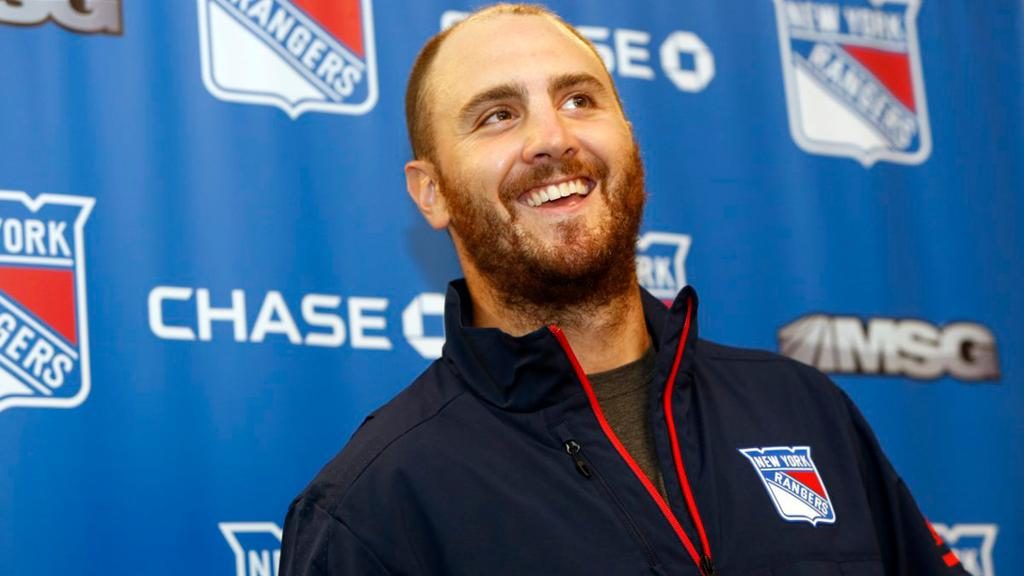 Most of the time when you come to Blue Seat Blogs, you can expect to read smart analysis and commentary from our staff of knowledgeable writers. This post is a little different.

Three years ago I put together the first edition of this series and it has since become an annual tradition to scour the internet for the funniest, most ridiculous photos, videos, GIFs and so on of the men that will proudly wear the Rangers uniform that season.

I think it’s a good way to provide a little human connection with each player before we scrutinize their every move on the ice when the games start. I hope you enjoy scrolling through this as much as I did compiling it. 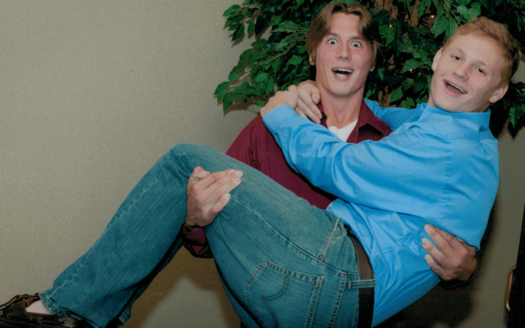 I love this photo of Miller, but you also must listen to Kevin Hayes’ stories about Miller from the Spittin’ Chiclets podcast here (19:30) and here (28:18).

Hayes practicing his Call of Duty skills has been a staple of this post – until I found the above photo of Hayes with BC teammates Bill Arnold and Steven Whitney. Hayes has no shame – as seen in these dab pushups, this Rihanna karaoke, this Mugatu costume and this epic bucket hat (with a Chris Kreider cameo!). Oh, and don’t miss this photo of little Kevin! 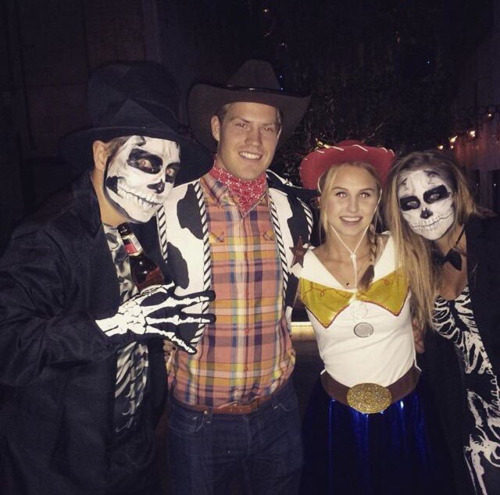 Fast and his girlfriend appear to take Halloween VERY seriously.

No – I don’t know where this is from and yes – I wish I did. Some of you may also enjoy 10 full minutes of #staalsarebrothers.

This video still holds up for Kreider, but obviously his pool jump is also infamous. Santa Kreider, marshmallow Kreider and Kreider getting a haircut from Mats Zuccarello are also pretty good.

OFFICIAL: #NYR @19Vesey tried ? for the first time in his life! Full video here with play-by-play from @KevinPHayes12!!! pic.twitter.com/R0jubEq0xg

Summer was fun with this little one… ????

McD is a pretty private guy, but he definitely loves being a father. I also still love the outtakes for this RangersTown commercial. 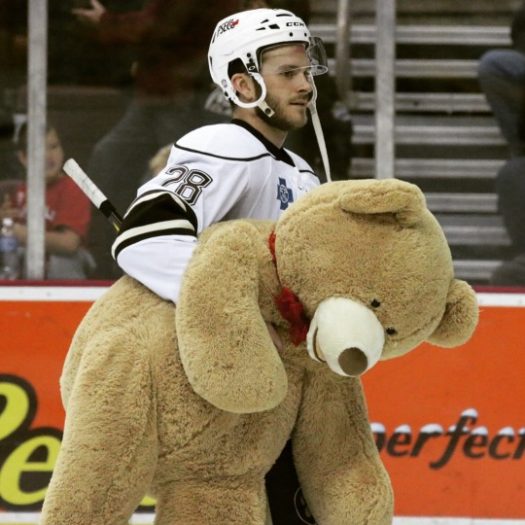 If you don’t know what the Teddy Bear Toss is, check this out.

The unflappable Hank’s one mess-up. He even looks like a million bucks when he’s ziplining or in a ridiculous costume. 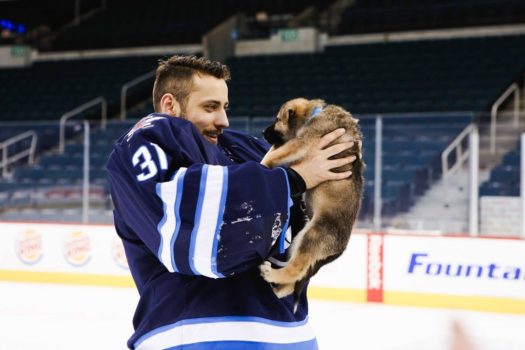 I can’t embed the clip, but this video of Pavelec climbing a hill in full gear to raise money for charity (or something?) while with the Cape Breton Screaming Eagles is the real winner. There’s also a Part 2.

So happy he was tall enough to get on the ride @zuccarello36 pic.twitter.com/wWXQYmZzjl

There are countless classic Zuke moments out there, but him riding a carousel still holds up as my favorite. Here are some more: Zuke mic’d up at the Rangers golf tournament, as a dolphin, as an adorable kid, as an adorable kid with Peter Forsberg, with the best hairdo ever, as a Ninja Turtle, and so on. Also, here’s an honorable mention to Patrick Thoresen’s incredible impression of Zuke.

Lets just say we all were young and stupid..I would probably still do it again #goodolddays #memories pic.twitter.com/QOcJZ7sEGr

A surprising amount to choose from for Grabner, who made a ton of videos with the NHLPA back in the day, hit the slip ‘n slide with his son, did a trick shot challenge vs. Leo Komarov, does a bunch of wild workout routines and rocked a truly ridiculous Movember mustache – but this is one of the greatest draft day photos in recent memory. Grabner’s entire Twitter feed is also incredible, but his Khal Drogo costume pales in comparison to… 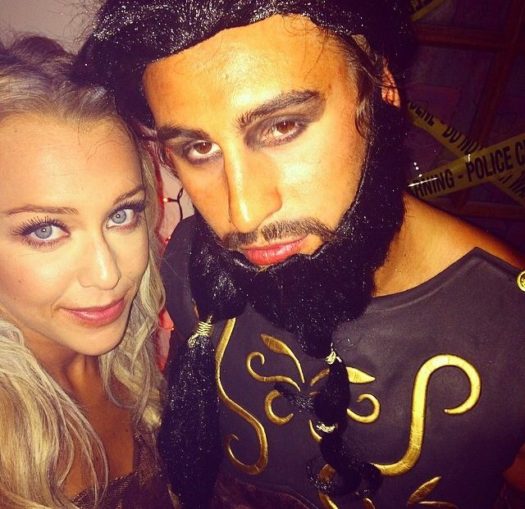 Smith as Khal Drogo is priceless, but he also has a slew of choices that fall squarely in the ‘adorable’ category including this childhood pic with brother Reilly, one of many photo shoots with his dog, this victory pose, and this swoon-worthy smile.

Not sure how I missed this “Cherry Berry” craze that apparently swept the nation… On a more serious note, if you don’t know Kampfer’s backstory, I recommend reading this and this.

There’s no context to this video, but that kind of makes it even better. Desharnais also makes a very convincing Joker, enjoys gnawing on his hockey stick, is apparently a fan of the wrestler Kane, and once got pinned against the boards by Erik Karlsson in hilarious fashion. He’s also quite the handshake aficionado.

Fast-forward to 2:45 to see the hijinks with Gabriel Landeskog begin – great composure by Holden here. Holden also takes a mean selfie and his cousin has a pretty good sense of humor.

The Cribs style tour is fun from the notoriously private Nash. This NHL 2K9 promo spot and Little Nash are also worth a look.

Excited to sign my first NHL contract with @nyrangers ? I would like to thank my family, agents, friends, teammates and coaches.

I’m sure there will be plenty of gems as Chytil’s stardom grows, but for now we’ll have to take this sign of things to come. See what I did there?

Skjei is pretty big on Halloween, has some artistic talent and is no stranger to throwback Thursday, but this costume just cracks me up. 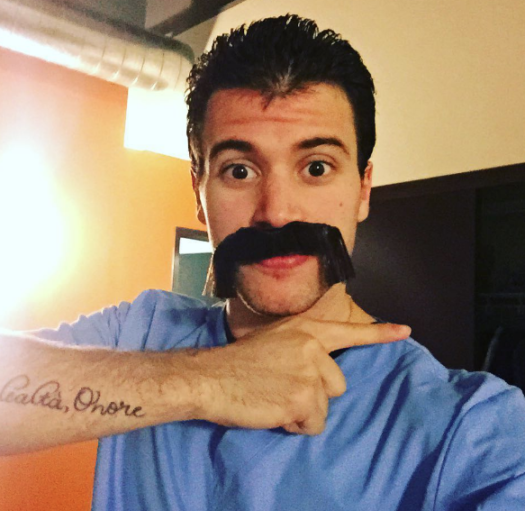 DeAngelo as Ben Stiller’s nurse character from Happy Gilmore was an easy pick – but check out this inside look at his draft day, too.

There were a ton of contenders for Buchnevich, but I feel like this is him a nutshell. He also has a real thirst for adventure, an appreciation for animals and knows how to rock a tux and Halloween costume. I also am fond of his bromance with Chris Kreider. 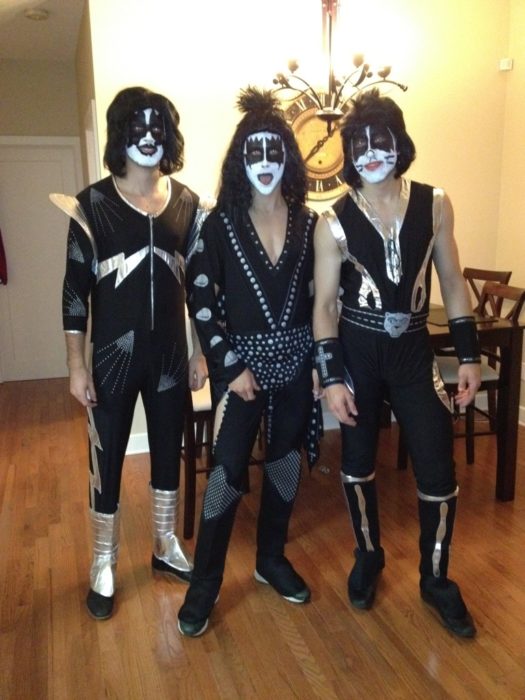 I planned to give Z-Bad has due for being a legit DJ, but this was impossible to resist (for the record, that’s David Rundblad, Erik Karlsson and Mika). In fact, Zibanejad seems to enjoy dressing up – whether it’s for Halloween or simply to impress. He also loves dolphins, babysitting and dogs. And then there’s this.

This will ALWAYS be my favorite Vigneault moment, but even though we know him as a happy and mild-mannered guy – Vigneault can occasionally be set off. In fact, he perfected the art of the body slam during his playing days. Vigneault also used to rock a killer ‘stache.

Drop links to whatever I missed in the comments!