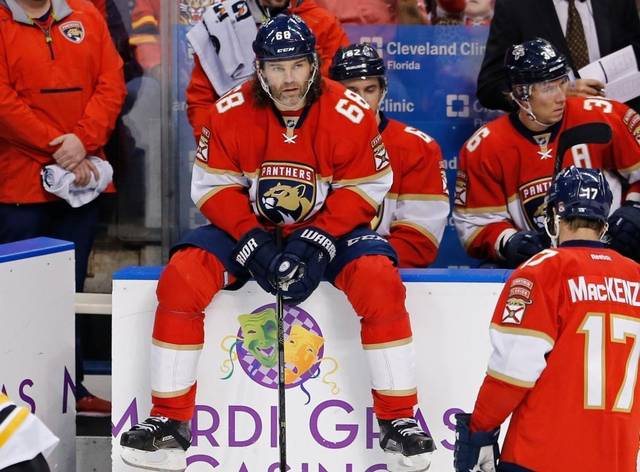 After weeks of waiting for a trade that would bring a new (at least) depth center to Broadway, the Rangers are looking at the same roster they had in early July.  Either an acceptable trade for one of their existing defenseman or someone else’s center never presented itself, or Jeff Gorton is truly comfortable with the roster, as constructed.

We can debate endlessly the merits of the latter statement, but we are getting to the time of year when out-of-work veterans decide a PTO (Pro Try Out) contract is better than nothing and hope to stick with a new team.  Let’s take a look at some of the more attractive out-of-work NHL-ers and see if any are a fit for the Rangers.

Jarome Ignila- RW: Let’s start with a legend.  Iginla has the pedigree and can still put up some points, but he clearly slowing down.  He isn’t able to drive possession, like at all, which is a difficult fit with a speed and counter-attack team like the Rangers.

Drew Stafford- LW/RW: Stafford, surprisingly only 31, has regressed into a pretty mediocre player.  He is probably the most likely of the PTO crew to be able to bounce back to usefulness given his age, so he would not be a bad guy to take a flyer on and see how he looks in camp.

Milan Michalek- LW/RW: Injuries have really taken their tole on the once highly productive Czech.  He is still relatively young at 32, so he could be worth, as well.  I would not count on him ever being his old self again, however.

Jaromir Jagr- RW: Still a surprisingly productive playmaker.  There is no question that the ageless wonder has slowed a bit in his age 67 season (I kid).  I would have no problem bringing Jagr in on a no-risk deal.  He could be effective on the power play and play sheltered even strength minutes.  Plus, come on, he’s Jagr.

Thomas Vanek-LW/RW: For 31 teams to pass on a guy who scored 17 goals last year, something must be whacky in the scouting reports.  His advanced stats paint the picture of a guy who is still producing points, but not driving possession nor suppression, so he doesn’t appear to be doing any of the leg work.  It’s a strange profile to be sure, but on a no-risk deal, why not take a chance on talent?

John Mitchell- C: Old friend John Mitchell has had quite the fall from the productive fourth liner we watched walk away to Colorado a few seasons back.  His skill set these days is really one of a depth forward, but I suppose depth is never a bad thing.

None of the options on this list are particularly attractive, which is unsurprising, given that these are the guys unable to find guaranteed money in August.  I would not be opposed to bringing in any of Stafford, Jagr or Vanek, although none of which solve the Rangers’ center problem.  With the forward corp taking a hit with the loss of Derek Stepan and Oscar Lindberg, my thought is that any additional depth is a good thing.  Thoughts?