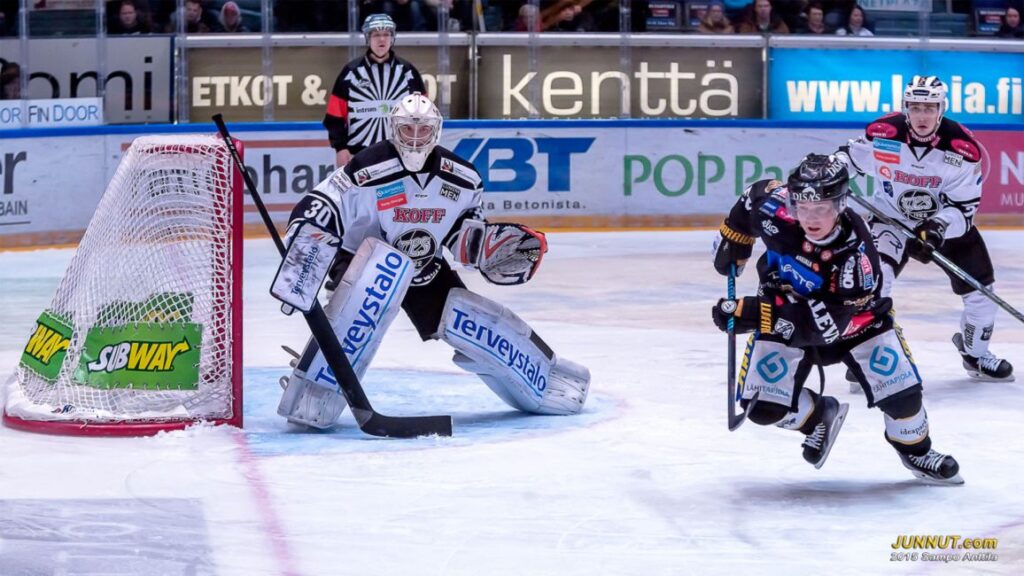 When teams invite players to their prospect development camp, it is rare to expect much from the players. After all they went undrafted, and usually for a feasible reason. But there was one name that stood out on this year’s list. Alexander Georgiev, a talented goalie prospect in Liiga was among the invites for the Rangers only weeks after they didn’t retain Magnus Hellberg and Mackenzie Skapski. The Rangers signed him late last night.

Georgiev is a name that is known among the European hockey fans, he although Russian, has been playing in the Finnish league to play against pro men since he was 19 years old and over the last 3 years has taken strides in that league along with significant international tournament exposure.

The things that make Georgiev impressive is that he has had a good showing as a young player and that he began with great numbers and only improved upon them. I have not watched enough of his games to really comment on his play style, even if I did I would not be able to give you folks a true analysis of a goalie like Justin can. 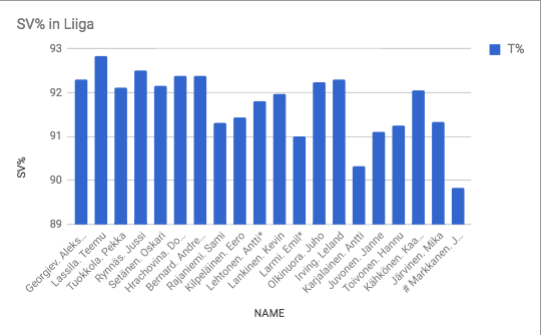 Stats wise Georgiev is at the top of the league. At only 21 years old Georgiev ranked 5th among the Finnish league in SV% (above) and 1st in GAA (below). Normally, I don’t use GAA to talk about goaltenders but with very little data available from European leagues I think we should. One reason I feel this way is because when we compare the goalie who Georgiev split the crease with last year, Oskari Setanen, they come at very similar SV% with Georgiev’s 92.3% edging out Setanen’s 92.2%. But when we compare GAA Georgiev blows him out of the water. 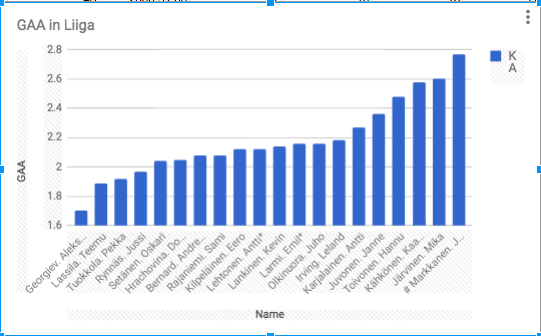 Georgiev has thoroughly improved in his three years with TPS, where he is also a teammate of 2017 7th rounder Patrik Virta. His SV% trends have been 91.7%, 91.5%, and then 92.3%. This SV% beat out the goalies that he shared the crease with, and at his 19-year-old season was just on par with the actual starter.

Georgiev is a goalie that has been counted on by Russia’s world junior coach Valeri Bragin as well being the de facto starter on the 2016 WJC team, beating out Washington Capitals star prospect Ilya Samsonov for the spot. Georgiev helped carry a team that was for the most part seen by pundits as a non-medal team.

Georgiev provides the Rangers with a new and interesting dynamic. After losing Raanta and Hellberg the Rangers needed to replenish their backup and third stringer. Halverson did not show enough in his time with Hartford, but it was difficult given the environment. In case of injury, adding someone who has improved dramatically as Georgiev in a pro league is a nice option to have. Georgiev also provides Hartford with a significant talent in net, as the team needs to win games getting a reliable goalie should help the team.

Georgiev likely splits time with Halverson but gains most of the starts while Chris Nell spends a good chunk of time in the ECHL to begin his pro career as the case for most goalies.

Props to Jeff Gorton and the Rangers management for not only targetting one of the top goalie prospects who was sure to be sought for but also convinving him to sign. He was in the midst of a 3 year extension and decided to join the Rangers so great job there.