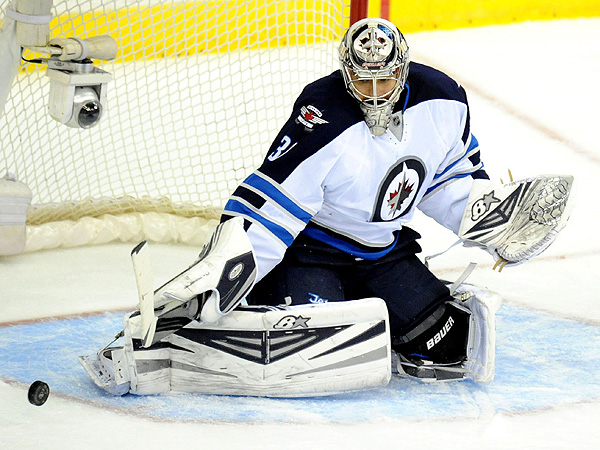 Per Bob McKenzie, the Rangers will sign goalie Ondrej Pavelec once the free agency period opens at noon. Pavelec was rumored to be coming to Rangers last night, and McKenzie confirmed it this morning. According to our goalie guru Justin, Pavelec is a solid talent but has inconsistent conditioning and technique. Per friend of the blog Tobias Pettersson, Pavelec’s stats actually aren’t that bad, and he’s a lot better than some other options out there.

Knowing Benoit Allaire, he can likely work with Pavelec to fix his technique. He’s a top goalie coach in the league, and turned Cam Talbot and Antti Raanta into starters with other clubs. If there is anyone who can resurrect Pavelec’s career to his talent level, it’s Allaire.

From past trends, I’d expect this to be a one-year deal. That’s usually what Jeff Gorton does with backups. It’s a one-year show-me deal, then a multi-year deal if it works out.