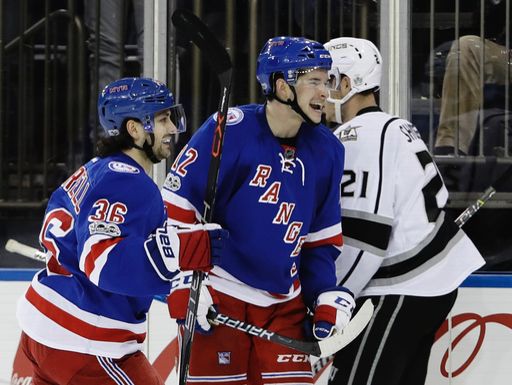 The Rangers have re-signed forward Matt Puempel, which now makes them compliant with the expansion draft. The contract is for one year and $725,000.

Puempel was plucked off waivers from Ottawa last season, and put up 6-3-9 in 27 games while playing primarily on the fourth line. It was necessary to re-sign Puempel (or Fast/Lindberg) before the expansion draft, as the Rangers were not compliant until they had him signed.

It’s unlikely Puempel is selected by Vegas. Expect him back next year, serving as a 13/14F.