Is Kevin Klein heading towards a buyout? 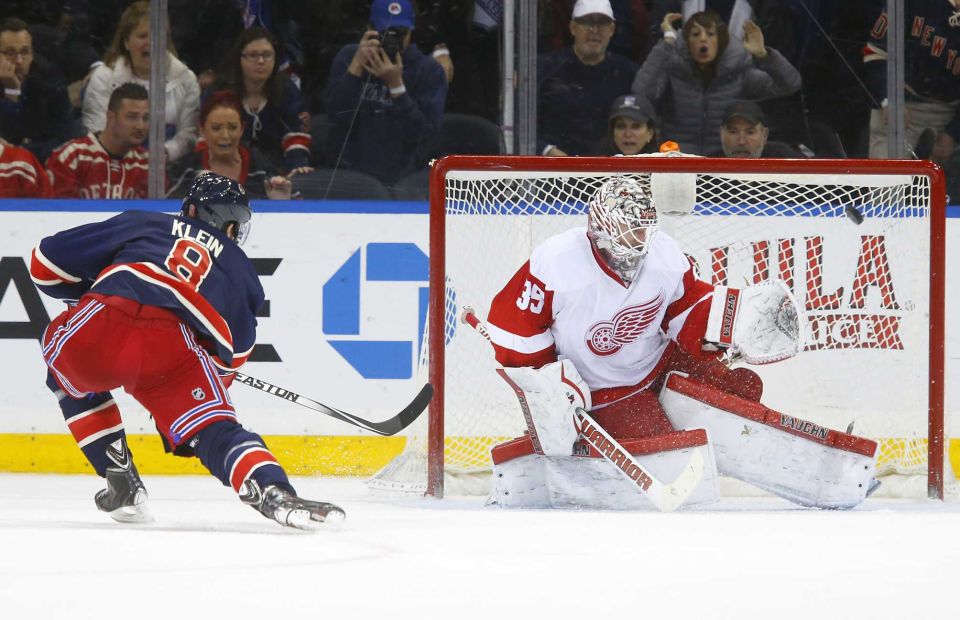 The focus of the Rangers offseason has rightly been about the futures of Dan Girardi and Marc Staal. Those are major pieces to the offseason. However there is still some work to do beyond Girardi and Staal. Nick Holden will likely be around next year, despite what most want. But the future of Kevin Klein seems to be up in the air.

Klein wasn’t a regular in the lineup in the second half of the season, playing in just six games down the stretch and appearing in just one playoff game. When he was in the lineup, Klein was a third pairing defenseman who struggled to keep up with the ever increasing speed of the young guns in the NHL. With one year and $2.9 million left on his contract, the cash-strapped Rangers don’t have many options with Klein.

Klein likely isn’t an attractive trade asset for most teams. His contract isn’t toxic, but isn’t really workable for most teams either. A bottom pairing (or worse) defenseman making $2.9 million just isn’t something teams are really looking for. However the Rangers do have one thing working for them: Klein has just one year remaining.

With a trade unlikely, at least in my opinion, a buyout is really one of the only options the Rangers have. Klein’s buyout isn’t as tough a pill to swallow as that of Girardi or Staal. The first year of the buyout would be a $1.067 million cap hit, a savings of $1.83 million. The second year would only be a cap hit of $916,667. Very manageable.

It’s highly unlikely the Rangers go the buyout route on three players this summer. While the Girardi and Staal questions still loom large, it looks like the Klein decision might be clear cut. Naturally a trade is preferred, but a buyout is a very real option. We will know a lot more on June 15, when the buyout period begins. Chaos reigns supreme this June.