The Rangers put on another clinic last night, coming out to a 4-1 win and a tied series. The Rangers fed off their momentum after their strong win in Game 3, playing almost the exact same game in Game 4. The big thing to notice is that the Rangers found a weakness against the Senators. The Blueshirts are pressuring the Senators’ blue liners at the blue line, which is forcing them into turnovers and odd-man rushes. It worked for the first two goals.

The important thing to take away here, aside from the tied series, is the full lineup commitment to the blue line pressure mentioned above and the team defense. The Rangers again had a strong defensive game, allowing few true scoring chances against Henrik Lundqvist. With their counterattack in full swing, they were able to get three on Craig Anderson, eventually chasing him from the game.

Nick Holden made a good play along the boards on Mark Stone to chip the puck by him, and then skated through to get the puck to Kevin Hayes. Hayes gained the zone with Holden cutting to the net, and fed a perfect pass to him. Holden had a solid finish.

Tanner Glass blocked a Ben Harpur shot at the top of the cricle, and the puck ricocheted out of the zone to spring Michael Grabner and Oscar Lindberg on a 2-on-0. Grabner fed Lindberg for the finish. Tom Pyatt made a poor read on the initial shot by Harpur as well.

Glass made a solid play to chip the puck in the zone and then chase to the boards. He forced Ottawa into a turnover, which led to a shot on goal from the half boards by Lindberg. Anderson made a bad mistake on this, crossing his glove over his blocker to catch the puck. He missed. Anderson would finish out the period, but Mike Condon relieved him for the remainder of the game.

The Rangers lost the faceoff on the powerplay, but went to work low to regain the puck. Eventually it got to Ryan McDonagh at the point, who fired a shot from the point. Chris Kreider was there for the rebound.

This was a great shot by Kyle Turris through the Marc Staal screen. 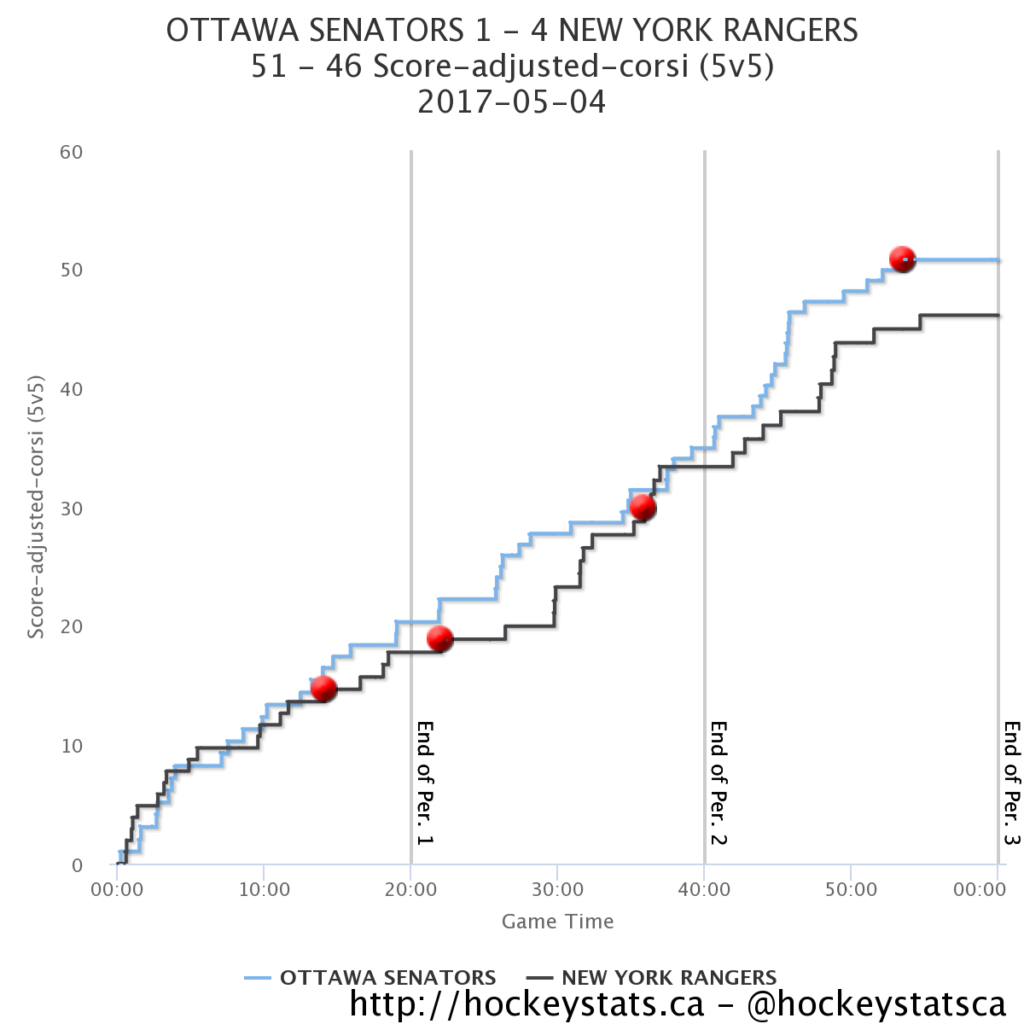 This was a game that was relatively even in terms of shot attempts. But for the Rangers, the key was converting on their attempts and keeping Ottawa to the outside. They followed the same formula that worked in Game 3, which was to clamp down defensively. 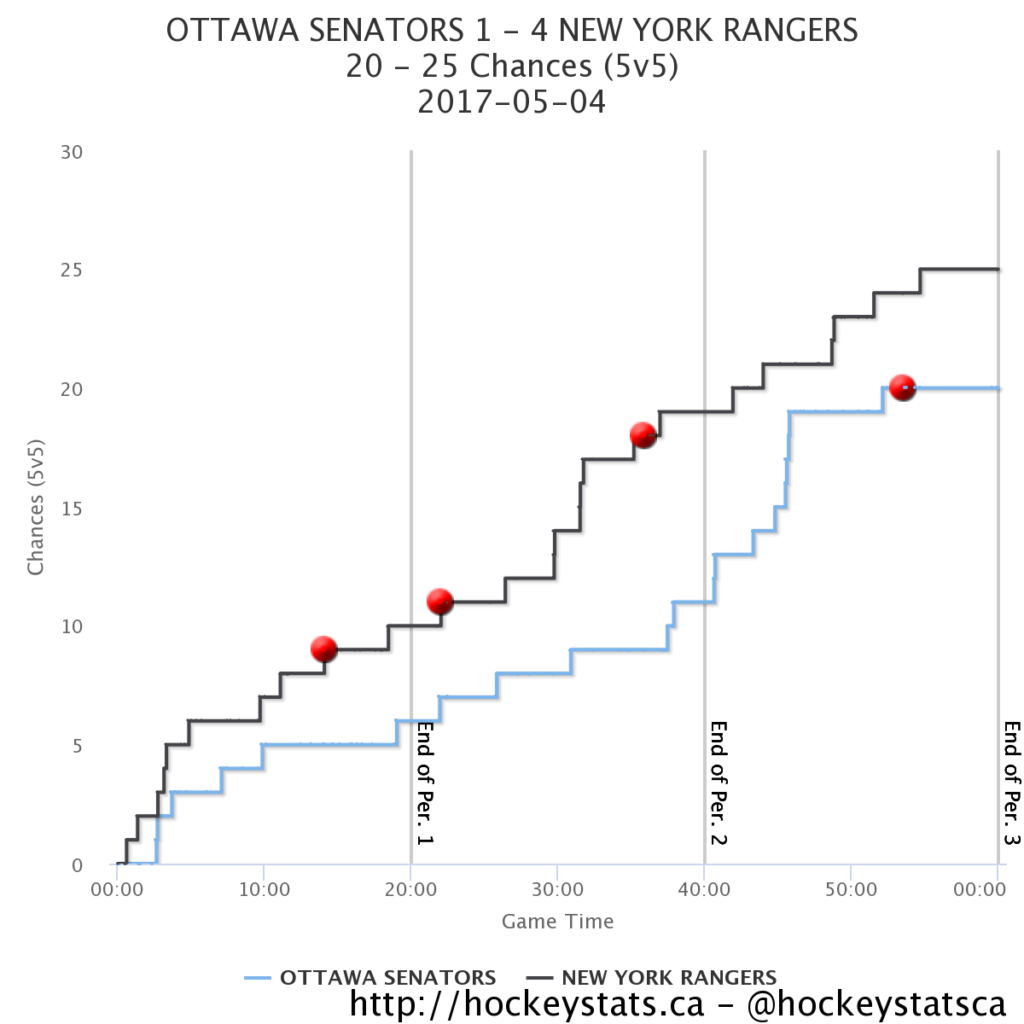 As noted above, the Rangers put on another defensive clinic, limiting the shot attempts by Ottawa to low danger chances. It worked in Game 3. It worked last night. Ottawa pressured a little bit late, but the game was over by then.

The Rangers now have all the momentum, but need to continue to play like this and win in Ottawa. Every game in the playoffs is huge, but Game 5 on Saturday will be a huge one for both teams. Expect Guy Boucher to adjust to the Rangers pressuring the defensemen at the blue line. Expect Alain Vigneault to work on his team’s execution and counterattack strategies.