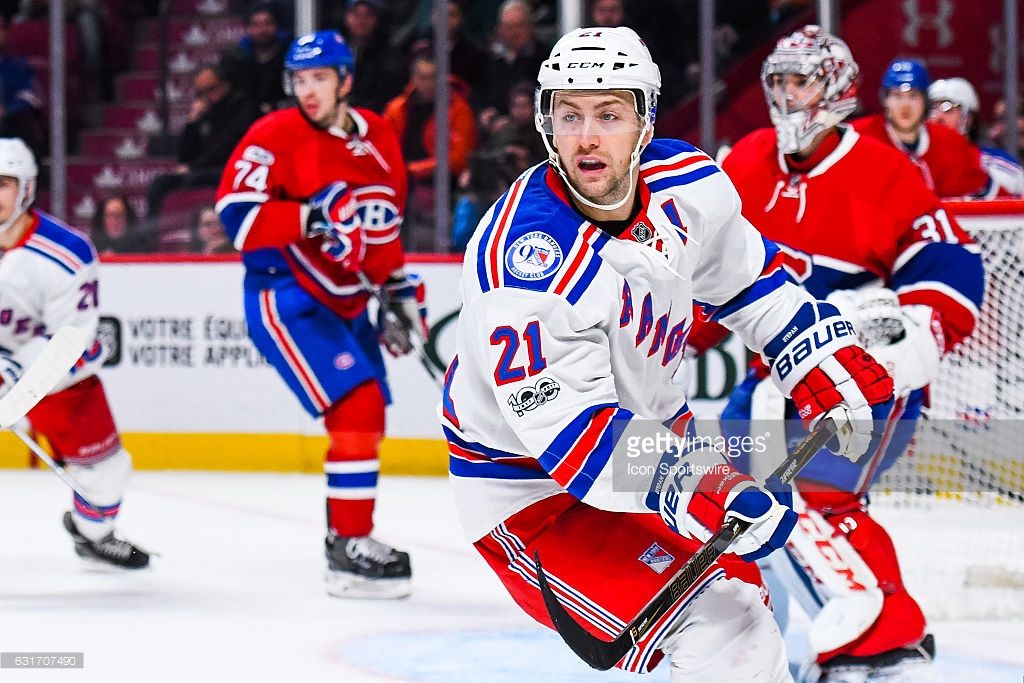 All week, we will be previewing the Rangers and the Habs, and how they match up. This morning I went into a deep dive of the systems both Alain Vigneault and Claude Julien deploy. This post will focus more on special teams effectiveness.

Both coaches deploy similar special teams tactics, using hybrid 1-3-1/umbrella powerplays and hybrid zone/diamond force penalty kills. The difference for both teams is going to be effectiveness. Specifically, going beyond the raw PP% and PK% numbers, especially for Montreal. When looking at team-by-team comparisons, it’s important to look at both full season numbers and numbers after Julien was hired by Montreal on Feb. 14.

The first thing you’ll notice is that the Rangers have a 20% success rate on the powerplay, good for 11th in the league and 9th among playoff teams (5th among Eastern Conference playoff teams). Basically this puts them in the middle of the pack over a full season. They’ve been relatively consistent at that 20% clip too, converting at that rate since the February 14 date mentioned above.

The Rangers will struggle on the powerplay if they don’t shoot. That always seems to be the problem, where they get a little too cute and pass up good shots on net. Chris Kreider has been a force in front of the net, and if there’s an open look with him in front, it’s always worth it to get the puck on net.

As for the Habs, well they are a different story. Over the full season, they are close to the Rangers at 19.6%. However under Julien they have converted just 13.7% of the time. That’s 25th in the NHL and ahead of only Columbus and Anaheim (among playoff teams) since that date. That’s a major struggle.

Their powerplay units are pretty top heavy, which may be why they are prone to struggles. But the one thing the Habs have that the Rangers don’t is a booming shot from the point. That’s not to detract from Ryan McDonagh and Brady Skjei, who are excellent puck movers, but they are no Shea Weber. Even if Weber doesn’t score, he can still break a few bones on the penalty killers.

But let’s dive deeper. Powerplay goals are clearly the desired effect, but good process improves the chances of getting a powerplay goal. That’s where the Rangers have a clear advantage. Over the course of the season, the Rangers average 24.25 scoring chances per 60 minutes, good for 7th in the league. Montreal is 29th in the league at 14.73 SCF/60. That’s a huge advantage for the Rangers.

That number for the Habs may be misleading. The Habs have Shea Weber and Andrei Markov at the point. The way the Caps have their powerplay revolve around Alex Ovechkin, the Habs do the same with Weber and Markov. Point shots are not considering scoring chances, so they do not factor into the 14.73 SCF/60 for the Habs. That’s where stats can be misleading if you don’t understand how a team plays. Considering how well Torey Krug (with Julien) did against the Rangers in 2013, expect Julien to exploit that again.

In the end though, it’s all about execution. Good process improves the probability of success, but the Rangers will still need to see a bounce or two go their way. The Rangers have the advantage, but a timely bounce is going to go a long way for their success in this series.

The key to any penalty kill is the goaltender. It’s no surprise that as Price found his game, the penalty kill saw an uptick in success. But even with Price struggling, they were killing at 85%. That’s just impressive. There is a bigger commitment to team defense, and it limits quality chances against.

That shows up in the numbers for the Habs as well. They are middle-of-the-pack with scoring chances allowed on the penalty kill at 21.61 SCA/60. However they have been the least penalized team in the league since Julien took over. Since Feb 14, they have been shorthanded just 43 times. The next best team is Dallas at 54 times shorthanded.

As for the Rangers, well their penalty kill is pretty bad. Their 79.5% success rate is 23rd in the league. Making matters worse, they are 73.9% successful since February 14, including that recent streak of what seemed like 20 games in a row with a powerplay goal against.

The Rangers are also pretty rough at scoring chances allowed while on the kill. The Rangers allow 24.52 SCA/60 while on the kill. That’s bottom-third in the league. Compounding the issue is that they are in the bottom-ten in times shorthanded (69) as well. Putting those two together, you have a team that is going to struggle. Staying out of the box and reducing the number of scoring chances against is going to be critical for the Blueshirts.