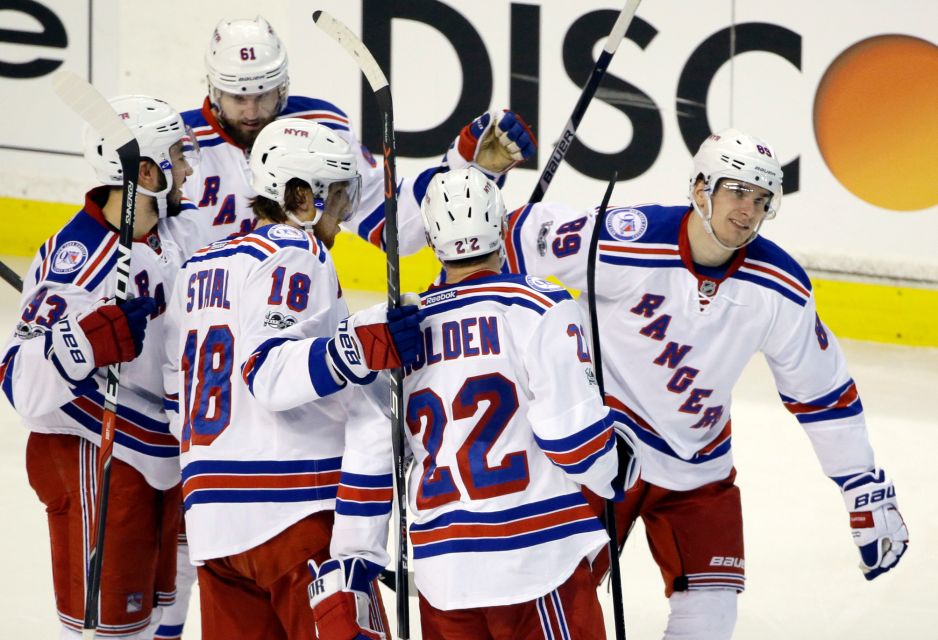 If in September, you told me that the Rangers would have another 100 point season under their belt, be locked into a favorable playoff matchup by February, and one of the top-ten teams in the league by the end of the year, I would have told you that I have a bridge to sell you. Very few people were convinced this was a good hockey team in September.

Sure, the forwards were revamped and incredibly deep. But that was it. The defense was still a black hole, and the only way the Rangers were going to win consistently is if Henrik Lundqvist and/or Antti Raanta had career years. Not many thought the team would be able to outscore their porous defense.

Fast forward to today, and the Rangers are going to finish in the top-ten. They are one of the highest scoring teams in the league. They outscored not only the defense, but a rough half season from Hank. Long story short, they overachieved. And it was a lot of fun to watch.

For the most part, the forward group will remain intact this offseason. Some of the dead weight will be gone, and perhaps the Rangers are able to grow from within to fill out those depth roles and save cap space.  Up front, the Rangers look solid for a few years. The process has taken a step forward after three years of steps backwards.

There are certainly issues on defense. We know this, and it’s likely that Jeff Gorton didn’t have many viable options to fix the blue line. However let’s be clear that this year is a giant step forward from last year. The Rangers addressed their need to fill the roster with speed and skill. And it led to them being one of the top scoring teams in the NHL.

Will this year’s playoff run be short lived? Sure, there’s a chance. Montreal is a good team, but they are just as flawed as the Rangers. Outside of two skill lines and Carey Price, their depth can be exploited. But Price is the wild card here. If he’s hot, he can easily steal a series. If not, then the Rangers should be able to get a series victory.

The point here is to just take a step back. This year’s club exceeded most of our expectations. I personally thought they’d be a 92 point team, get the WC2 spot, and bow out in the first round to the Penguins. Some had them missing the playoffs. This is a huge over achievement by the Rangers. Perhaps instead of harping on the issues, we can be happy with the season and apparent progress in decision making.