Sub-.500 March a cause for concern for Rangers 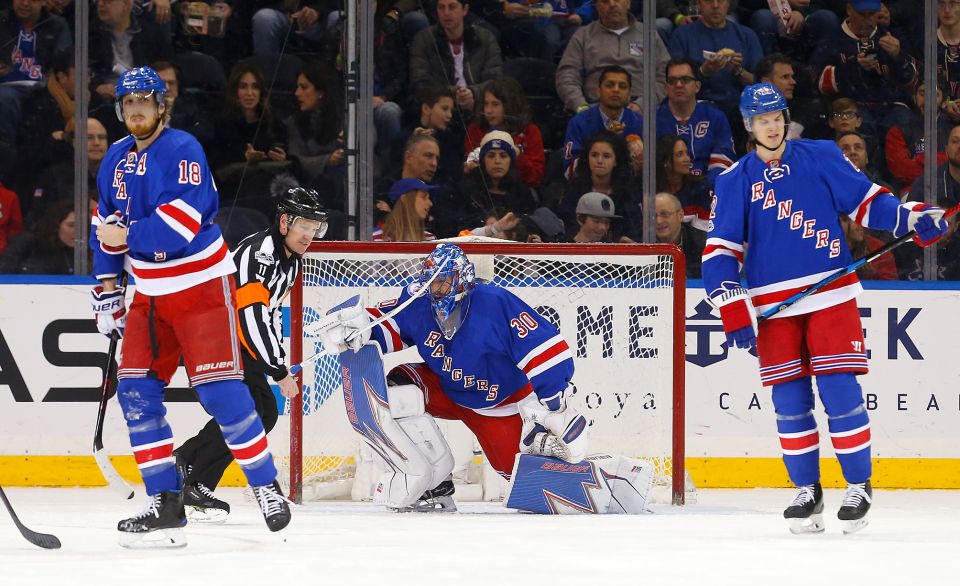 With their overtime loss to San Jose last night, the Rangers clinched a playoff berth. It was a mere formality, as the Blueshirts have been locked into the WC1 spot for quite some time. The lay of the land was that clear as early as January. But despite the 97 points and little check mark, there are concerns with the Rangers.

For all intents and purposes –I hate the loser point– the Rangers are 6-8 this month in 14 games. They have one game remaining against the Penguins. No matter what, the Rangers are going to stumble through March with a losing record. With just five games remaining in the season, that’s not a good look for a team looking to make a run.

There could be many factors playing into the slide. Injuries certainly take its toll. The Rangers are just finally getting healthy, and are easing some guys back into the lineup. But injuries, while a factor, aren’t the issue here.

The sub-.500 play extends into February. The Rangers won six in a row to start the month, but finished the month 3-4 in their last seven games. Combine that with their sub par March, and the Rangers are 9-12 in their last 21 games. That could very well go to 9-13 with the Penguins game on Friday.

We all know the Rangers aren’t a strong puck possession team, relying mostly on a counterattacking style designed to generate high quality chances while also disrupting the opposition. Most of that is dependent on execution, and specifically scoring when getting those chances.

Here is the Rangers’ PDO average. They’ve actually been on a steady rise since med-February. Goaltending has come around, which plays into this significantly. But overall, nothing has really changed on the scoring side. They are still shooting 9% as well, so it’s not a PDO crash that’s causing the sub par performance.

Perhaps the Rangers overachieved throughout most of the season? We know they are a flawed team. We know the forwards need to outscore the defense, and that goaltending is going to need to be superb. These aren’t new conclusions. It’s something we’ve known since the start of the season.

Brendan Smith was a solid acquisition, but doesn’t move the needle enough on the blue line. It doesn’t help that the coach isn’t dressing the best defensive lineup, but again that’s been beaten to death.

Perhaps the answer is just this: The Rangers are a flawed team that outscored their way to a top-ten record in the NHL. To be successful, their goaltending is going to have to get red-hot, and their offense is going to need to score three or four goals per game. It could be that simple.