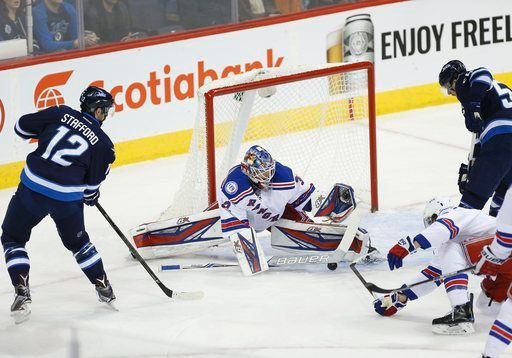 Two questions for this week’s mailbag. As always, you can submit questions using the mailbag widget on the right.

Anthony asks (short version): Who are the Rangers going to protect if Jeff Gorton can’t make any moves to prepare for the expansion draft?

This is a pretty straight forward question with a straight forward answer. Assuming there are no moves made, the Rangers will protect 7 forwards, 3 defensemen and a goalie. They must expose two forwards signed next year, and one defenseman signed next year (note: RFAs don’t cut it. They need to be signed). First and second year pros are exempt. Any player with a no-move clause must be protected. So let’s go through the obvious choices (UFAs are excluded):

Goalies: Henrik Lundqvist will be protected. Antti Raanta will be exposed.

Forwards: Rick Nash (NMC), Derek Stepan, Chris Kreider, Mats Zuccarello, JT Miller, Mika Zibanejad (RFA), and Kevin Hayes should be protected. Jimmy Vesey and Pavel Buchnevich are exempt. Michael Grabner, Jesper Fast (RFA), Oscar Lindberg (RFA), Matt Puempel (RFA), and Brandon Pirri (RFA) should be exposed. However that is not going to be the case if the Rangers cannot make any moves, which includes extending at least one of the RFAs.

That part is important. Jeff Gorton must extend at least one of the RFAs. Without doing so, one of Stepan, Kreider, Zuccarello, Miller, or Hayes will need to be exposed with Grabner. That is not the ideal scenario. In this particular scenario, I’d assume they expose Stepan and hope the contract scares Vegas away. It likely will not happen. Expect the Rangers to extend an RFA, likely Pirri or Puempel, before the expansion draft. That leaves some doubt on Vegas if they take Fast or Lindberg, since they won’t be signed. That’s always an added risk.

Paul asks: Who do you think the Rangers will lose in the expansion draft?

Worth noting that the Rangers can only lose one player to expansion. I get the impression Raanta will be traded to a team that can afford to protect him (Dallas) before the draft. The Rangers would still be able to expose Mackenzie Skapski to meet their goalie requirement. While I don’t think it’s a sure thing that the Rangers lose Raanta, I think it’s certainly a possibility.

Vegas isn’t taking a defenseman. So let’s get rid of that pipe dream now. It’s either Raanta or a forward. Likely Lindberg or Fast.

Now here’s an interesting question for you, and others. Do you hold on to Raanta through the expansion draft, hoping Vegas takes him? In this scenario, you miss out on trading him for what has been a weak return for goalies, but you might guarantee Lindberg and Fast remain Rangers.

If I’m Gorton, this is a real scenario I am considering.

Deb asks (incredibly abridged version, wow): What do you think the playoff lines/pairs will be?

I think Alain Vigneault is going to shift around the top-nine throughout the playoffs. Nothing crazy, as the same nine guys will be there, but I expect a winger to swap here and there. Mostly, I expect the fourth line to be Buchnevich-Lindberg-Fast/Vesey. Tanner Glass will get one or two playoff games, tops.

As for the defense, I expect McDonagh/Girardi, Staal/Skjei, Smith/Holden. Maybe, just maybe, we get Smith/Skjei as the second pair, but I doubt it.

Thank you for the questions. As always, you can submit questions using the mailbag widget on the right.