NHL Expansion: should the protected lists be published? 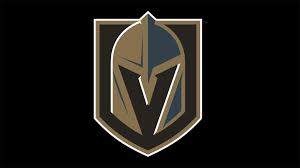 With the Vegas Golden Knights now confirmed as the NHL’s 31st franchise, one of the major story lines of this coming offseason will be each organization’s preparation for the Expansion Draft.  Even though the draft does not take place until June, the strategic implications for each club have been a hot button topic for both fans and media, alike.  Salary cap simulator and contract tracking site, CapFriendly launched an expansion draft tool back in November, and according to their figures, over 30,000 simulations have been run to date.  Needless to say, the upcoming draft has been of interest, pretty much all season.

During the general managers meeting in Florida a little over a week ago, a report came out that the league was considering not publicizing each’s team protected list ahead of the draft. For those who may not know, each team is allowed to protect currently rostered players in one of the two following formats of the team’s choice: 7 forwards, 3 defensemen and 1 goaltender, or 8 total skaters (forwards/defensemen) and 1 goaltender.

The claim was that there was nothing to gain by disclosing to players their perceived value within the organization (or disclosing to other teams, for that matter) nor allowing other teams to have this disclosure influence their protection/exposure choices.

It is possible that players would have their relationships with their respective clubs damaged by the “embarrassment” of being left exposed for public display?  I suppose so, but these guys are adults who live their professional life under a microscope.  I’m sure a conversation explaining the organization’s strategy would cover any issues.  No, this is about GM’s protecting their own reputations.

The NHL has a big ask in their Las Vegas project.  They want NHL fans to embrace a new organization in a non-traditional hockey market, where very few people actually, you know, live.  They want you to forgive the fact that they passed over Seattle, Quebec City, Portland, Hartford or any other fan favorite destinations.  Then, they want you to be fine with your current team losing a player to this new franchise, and only be able to protect some of their assets.  Now, they aren’t going to tell you who the pool of players the new team can choose from?

Organizational maneuvering and hot stove activity have increasingly become the bread and butter of the hockey offseason.  Unless you are a serious draft watcher, you care about the draft more for the trades than you do the picks.  Even the venerable MLB Trade Rumors (the go-to place for all baseball related rumors, trades and signings) has launched Pro Hockey Rumors to fill this void for hockey.  It is an area of interest and an easy one for casual fans to follow and not be completely overwhelmed by the complexities of the sport.

If the NHL wants to capitalize on the growing interest in the expansion draft, they need to let fans in.  Clearly, the interest in there, why blow a major opportunity for fans to feel engaged with the process of a team they will likely never care about just for the sake of protecting GM’s?  I understand the GM fraternity’s desire for self-preservation, but if one of them makes a move that stupid in protecting or exposing a particular player, why should the viewing public never know?  Chances are they will, as that player will likely be chosen, or a superior player on the same team will be, leaving the original on the roster.  This is the same with every transaction that is made.  GM’s are judged.  It’s part of the job.

Are there advantages to be gained by now allowing other clubs to know your protected list?  Possibly, but my guess is that they are on the margins.  Other GM’s might think that you don’t value a player highly because you left him exposed.  The problem is that many players are protected automatically by their NMC’s or long standing service to the organization.  You mean to tell me an actual NHL GM would think that the Rangers want to protect Marc Staal?  None of this stuff is really a secret.

The run up to the Expansion Draft is going to see some roster maneuvering and trades for teams to become compliant with either the 7-3-1 or 8-1 rule for the draft.  To keep teams completely in the dark about who is exposed and who is protected does nothing but keep GM’s skittish of each other and keep fans on the sidelines of engagement with the process.  To lose viewership of the draft or fan engagement on social media during the entire process seems like a really shortsighted decision for the sake of the player’s feelings or the GM’s insecurity.  Everyone who works in this industry knows that this is an entertainment business and keeping fans in the dark for what should be a transparent process, is very bad for business.