What happens when Jesper Fast is healthy? 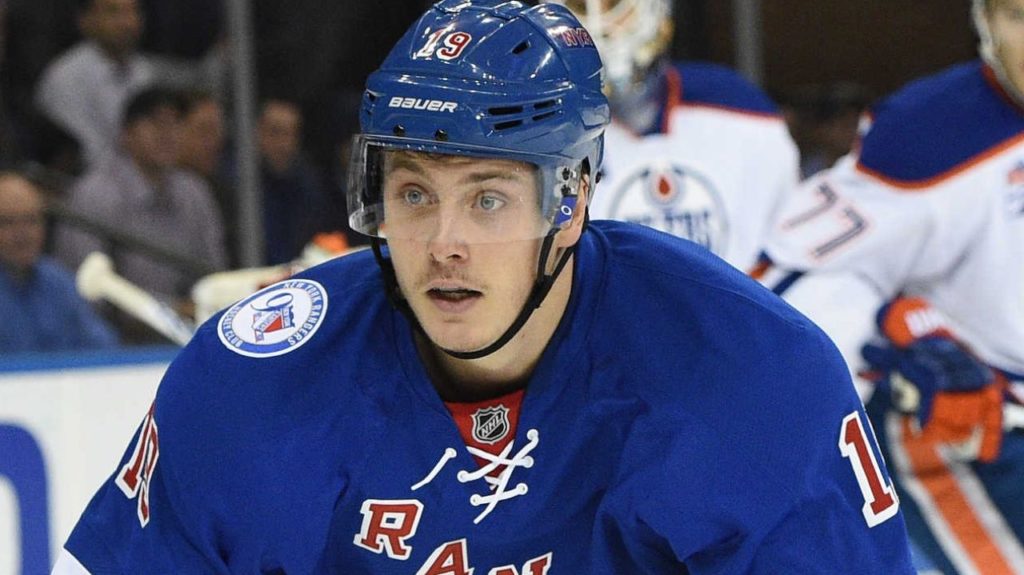 As the month of March progresses, less focus is on the Rangers and their playoff matchup —seemingly locked into that WC1 spot— and more about the lineup once the injuries clear up. Rick Nash’s and Michael Grabner’s returns to the lineup meant Matt Puempel and Brandon Pirri were sent to the press box. That much we knew.

But what happens when Jesper Fast returns to the lineup? This is something that few want to discuss for fear of the answer. There are only three realistic choices for Alain Vigneault to make. One of Tanner Glass, Jimmy Vesey, or Pavel Buchnevich is coming out of the lineup when Fast returns.

To me, there is only one obvious choice to sit, and that’s Glass. I understand the toughness aspect, but he shouldn’t be in the lineup over critical development for Vesey and Buchnevich. Considering Fast is not going to be sitting, that leaves Glass.

Alain Vigneault doesn’t follow conventional logic though. Perhaps he thinks Glass –who has played somewhat well since his recall– deserves to be in the lineup. Does Vesey, who has cooled off significantly, come out? What about Buchnevich, who has already sat out a few games? Can you imagine the uproar if Buch sits again?

Assuming Fast doesn’t return until the middle of next week at the earliest, perhaps this is a non-issue for the regular season. I can certainly see AV rotating off-days for some of his vets and anyone else fighting a nagging injury. So maybe this is an issue we don’t see playing out until the postseason arrives.

But what then? I can certainly appreciate the conundrum if Glass continues is relatively solid play. If I were a betting man, I’d put money on Vesey being the odd man out. It’s not a slight against the kid, it’s just an educated guess based on AV’s tendencies. Glass, in my opinion, isn’t coming out. Buchnevich has a top-six role. That leaves Vesey, who is currently the 4RW, where Fast would easily be inserted in his place.

But hey, no one knows what’s going on in the coach’s head anymore. So for all we know, it’ll be Chris Kreider sitting.