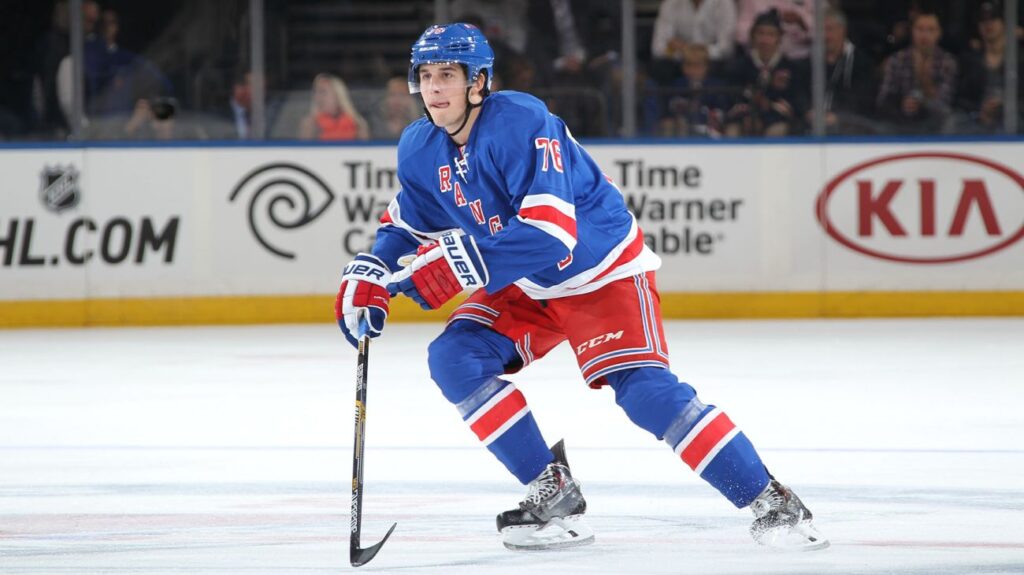 I swear I am not stealing Joe Fortunato’s post. I had this idea on Tuesday and today was the first chance I got to write/post it. Don’t hate, Joe.

One of the many bright spots this season has been the evolution of Brady Skjei. Called up briefly last season, Skjei looked nervous in his first NHL action. It was clear there was potential and that he deserved to be in the lineup regularly, but he needed a little more seasoning and experience.

When this season started, Skjei was put into a sheltered role on the third pair. This gave him the opportunity to gain confidence in himself, but also gave him the chance to earn Alain Vigneault’s trust. Fast forward to March 10, and Skjei is easily the best non-Ryan McDonagh defenseman on the team.

Skjei is second on the Ranges in defensive scoring, with a line of 3-29-32. That’s four points (all assists) behind McDonagh.  That is also good for second among rookie defensive scoring, behind Zach Werenski and his 9-30-39 line. He’s also ninth in overall rookie scoring.

But Skjei’s impact goes beyond the score sheet. Skjei has brought some balance to the blue line, something the Rangers sorely need. When four other starters are inconsistent on their best days, Skjei has shown versatility to play up and down the lineup and on either side. It’s easy to forget that this is his rookie year and he’ll turn just 23 this month.

Skjei won’t win the Calder. He won’t even finish in the top-five. But he is deserving of some votes for the season he is having. He’s not flashy. He’s not going to rake in the points. But he has already established himself as the #2 on the Rangers behind Ryan McDonagh. That’s an incredible feat. The future is bright for Skjei.