The last change is sabotaging the Rangers at MSG 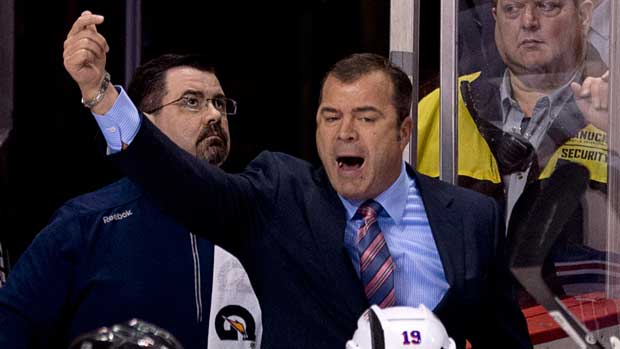 The Rangers are solidly in a playoff spot, and barring a collapse of epic proportions, will qualify for the postseason. It’s been a much better season than most predicted, with a juggernaut offense and elite goaltending (minus the first two months of the year) carrying the team. One area for improvement that will drive any success in the playoffs –beyond the defense– is their performance on home ice.

Madison Square Garden has been a horror show for the Rangers this year. They’ve been wildly inconsistent, posting a barely .500 record at 19-14-2. Simply put, that won’t cut it in the playoffs. The only saving grace is that the Rangers are 24-8-0 on the road.

I can only theorize here, but the above seems to be a matchup issue. At home, Alain Vigneault has the last change and is presented the opportunity to get guys like Dan Girardi, Marc Staal, Kevin Klein, and Nick Holden out there against tough competition. As we’ve seen all year, these guys are getting eaten alive. That would certainly contribute to the inflated goals against at home.

Meanwhile on the road, the opposing coaches get last change, and likely try to do the opposite to their detriment. Thus, we see significantly fewer goals against.

Long story short: Alain Vigneault appears to be getting victimized by the last change at home, and that may be one of the reason why the Rangers are having issues winning on home ice. We’ve all seen that AV is loyal to a fault to his own guys and has major deployment issues. The numbers back it up as well.

The saving grace here is that the Rangers likely won’t get home-ice advantage in the playoffs, likely getting the top wild card spot. That means they will only get at most three home games per series, so AV won’t fall victim to last change in the road games. But something needs to give for the Rangers to have any success in the playoffs.