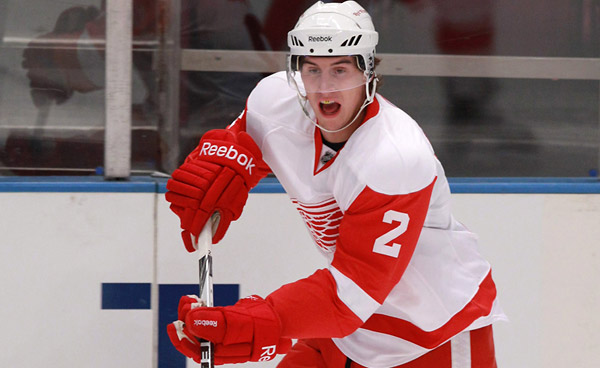 Some interesting tidbits coming up today for the Rangers, per Chris Nichols. First is that they are still hovering around Kevin Shattenkirk, but the price is way too high for the Rangers right now. There is a rumor that the Blues/Lightning were talking about Tyler Johnson in this kind of swap. If that’s true, the price on the Rangers’ end would be someone you don’t want to part with for a rental, even if he’s likely to re-sign in New York.

If Shattenkirk doesn’t come to New York, then Nichols, citing Darren Dreger, thinks the Rangers are targeting Brendan Smith of the Red Wings. Smith is a solid defensive guy, great at suppressing shots. He’s also a pending UFA, so the cost should be less. He’s a lefty though, so some lineup tinkering would need to be done. He’s capable of playing both sides, though.

Smith is a shrewd pickup at the right price. If the Rangers go this way, my guess is that he or Brady Skjei goes to the right side and Kevin Klein goes to the press box. But that’s just my assumption.