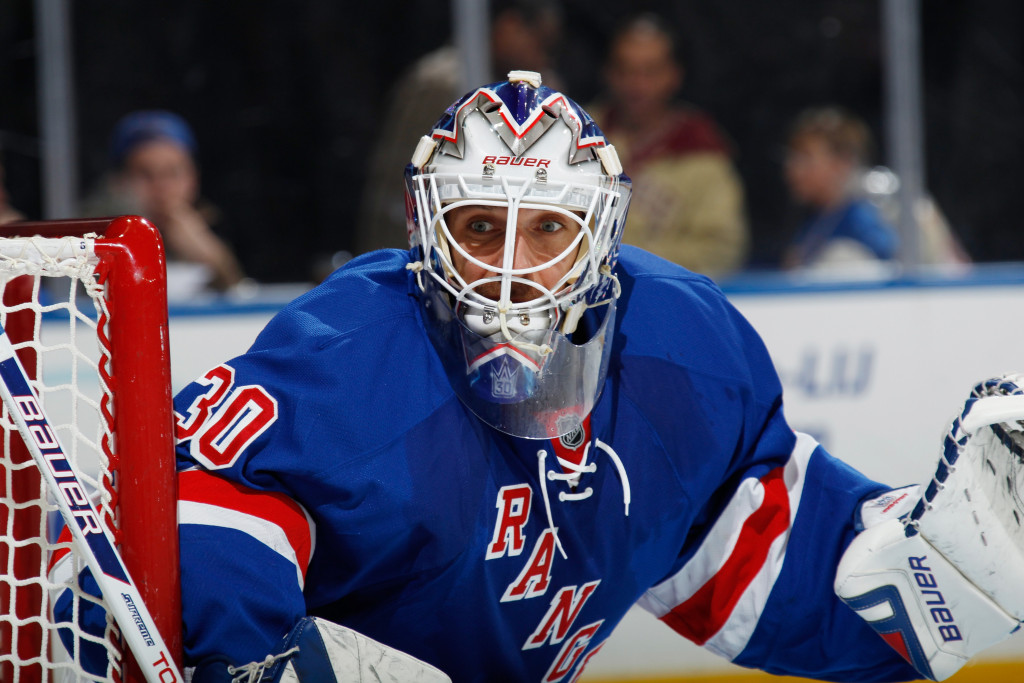 Growing up playing goalie, there were many different warm ups I went through. As a kid, I just strapped on the pads and went for it. As I got into more organized and competitive hockey, I started paying more attention to what I needed as I went through the pre-game warmups. At that point, I wanted my teammates to make sure they shot the puck at me.

It’s not an overly complicated concept. Get me used to the puck hitting me. Then get me moving laterally, still putting the pucks low so that I can get a feel for it. Sure, there was the one guy that always picked a corner. There was the other guy that was a jackass and thought it was funny to ring one off my mask. After the warmups, I had a feel for it before puck drop.

But then when the game started, I wanted nothing more than to get a few outside shots early on. I wanted to get a feel for the game. The pace of play. The shooters. The passers. Just get me into the game. There were two things I hated: When the first shot was a great chance right in front, or when I didn’t see a shot for the first ten minutes. Always felt uncomfortable in net during those situations.

Tuesday night’s game reminded me of those feelings. Sure, I want to see the Rangers win the CF battle. That’s a given, and I still want to see them improve in the possession battle on a game-to-game basis. However there’s something bigger at play here. And that is Henrik Lundqvist.

Lundqvist has not been himself this season. Part of it is on the atrocious defense in front. Part of it is on him. However the start to Tuesday night’s win over Anaheim, and the play throughout, was a bit of a goalie’s dream. Or at least my dream. Sure the Rangers allowed a lot of shot attempts, but they weren’t quality chances for the most part. They were shots that you want to see early on to get you into the game.

It’s arguably more important for the Rangers to get Lundqvist going than it is to fight a losing battle –and it is a losing battle with this blue line– with possession. The Rangers are not going to be a possession darling this season, a year when we aren’t expecting much in terms of playoff success. So why not make a more conscious effort to keep shots to the outside? It’s Hockey 101, plus is has the added benefit of potentially fixing your All-World goalie’s confidence.

Obviously the goal in the long-term is to be a better possession team. But for a single game, where it’s clear The King is trying to get back on track, Tuesday’s game was a step in that direction. It wasn’t perfect, but Hank certainly looked sharp and locked in from the start. If he’s back, then you never know.