What can the Rangers dangle at the deadline? 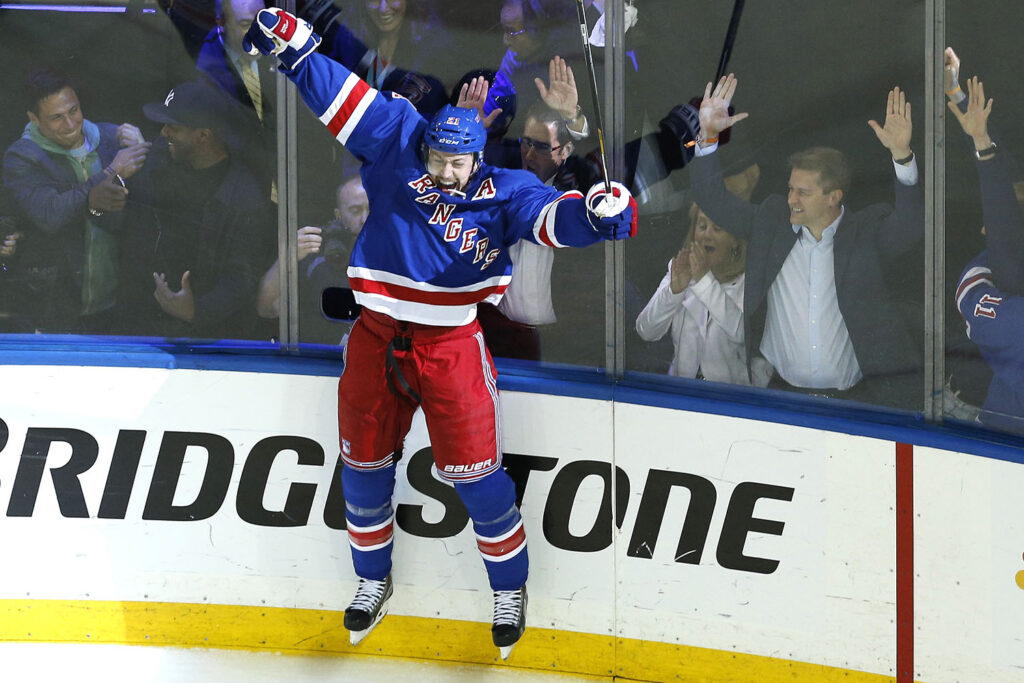 It’s that time of the year. Teams are jockeying for playoff spots, trying to identify their team needs for the stretch run. Non-playoff teams are starting to pool offers for rentals. Buyers are trying to figure out what they can part with. Trade deadline rumors are abound.

For the Rangers, every rumor worth reading has them linked to a defenseman. I say “worth reading” because there were one or two rumors that said they want a forward. Considering the depth they have, I don’t buy those. Just looking at the teams solid offense and porous defense shows that they need help on the blue line. But with all the names that have been dropped, the one thing we have yet to hear is what the Rangers are willing to give up.

There are two clear strengths for the Rangers: Forward depth and goalie prospects. But there are concerns with both. When dealing from the forward depth, the Rangers deal from their greatest strength. That comes with some risk, as dealing the wrong forward or assuming holes can be filled internally can blow up in their face. As for the goalie prospects, they actually don’t fetch as much as you think.

Roster players always fetch the most, especially young, skilled, cost controlled roster players. Unfortunately, those are the players teams are loathe to dangle in trades. In October I was fairly confident that J.T. Miller was going to be the odd-man out. However his solid season may have moved him into untouchable territory. Personally, I think he’s best suited at wing, which limits his value. However if a team sees him as a future top-line center, one that can fetch a top-flight defenseman with term/team control, GM Jeff Gorton has to listen.

Derek Stepan is another name that gets spoken about regularly. Stepan is the type of player that is under appreciated while on the team and missed when he’s gone. He’s not flashy, he’s just steady. He’s good for 50-60 points per season, usually dishing out the assists with solid vision. But with Mika Zibanejad and Kevin Hayes showing they can take the top-two center spots, coupled with Stepan’s $6.5 million cap hit, it makes you wonder if he can fetch something massive.

Oscar Lindberg is the last forward that seems to be the odd-man out. Likely to be lost to Vegas in the expansion draft, the Rangers might want to package him to get an upgrade on the blue line. The key word there is package him, since on his own he likely doesn’t get much.

As for the goalie prospects, the only untouchable in my book is Igor Shesyorkin. Kid has been unreal in the KHL as a 20-year-old, and he’s likely headed to North America after his contract expires next season. Assuming he adjusts to the North American game, he’s likely the heir to The King. The Czar, if you will.

Outside of Sheryorkin, the only goalie that might fetch something of value is Brandon Halverson. His numbers aren’t pretty, but Hartford is a train wreck defensively. Mackenzie Skapski hasn’t been the same since his hip injury, and Magnus Hellberg is already 25 years old (26 in April). Tyler Wall is intriguing, but too much of an unknown.

The market has yet to be determined, so it’s tough to gauge what Kevin Shattenkirk will cost in a trade. Same goes for any of the long-rumored to be dealt Jacob Trouba, Dougie Hamilton, any of the Ducks defensemen, etc. Even lower value rentals like Cody Franson could see decent return if the market is right. However sometimes the best trade is the one you don’t make.