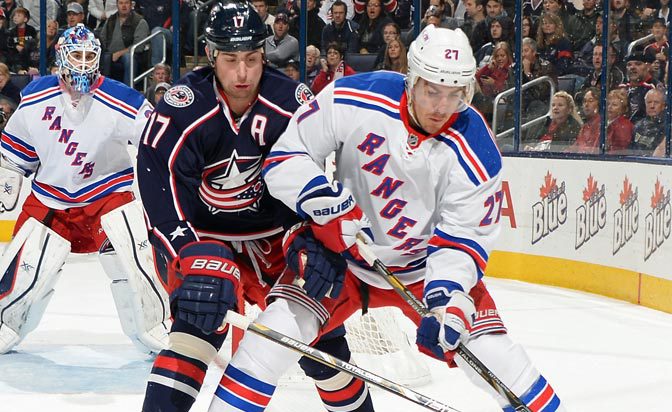 The Rangers begin their post All Star Game run tonight against Columbus, one of the few teams with a better record than the Rangers right now. The Blue Jackets are second in the Metro, five points ahead of the Rangers with a game in hand. In the world of three point games and loser points, it’s unlikely the Rangers catch them.

The Rangers aren’t drawing Sergei Bobrovsky tonight, so that’s always a good thing. But the Blue Jackets are skilled up and down the lineup and on the blue line. There’s a reason why they went on their run. This is a tough team to face.

John Tortorella is a notorious aggressive forechecking coach, deploying a 2-1-2 forecheck with most of his teams. In the defensive zone, he’s also notorious for clogging the slot in a low zone collapse, keeping shots to the outside. On special teams, he usually runs an umbrella powerplay, but there’s enough skill on the top-six in Columbus to run a 1-3-1 as well. On the kill, it’s a standard box/diamond hybrid.

Joonas Korpisalo gets the start.

Game time is 7pm. Gifs are on @blueseatblogs. Be sure to follow our snapchat (blueseatblogs) too!