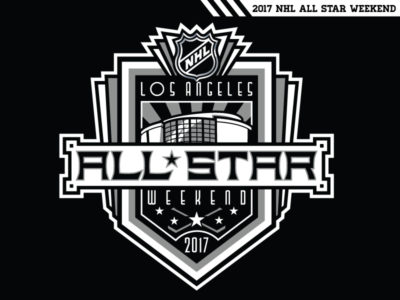 As the NHL heads into All-Star weekend, regular season games have been suspended until Tuesday. With the loss to the Flyers on Wednesday, the Rangers go into the break in fourth place in the Metropolitan Division, nine points back of the Caps for the top spot. With sixty percent of the season behind us and just a month to go before the trade deadline, I have some thoughts…

1. Even though it was a small sampling of games over the past week or so, it was nice to see a real bounce back in performance from Henrik Lundqvist. He has looked much sharper since the barnburner against Dallas. Much more poised on his feet, more precision in his angles and movement and more in sync with the team in front of him.

2. Considering the talent in the Metro and the logjam in the standings, it looks like the Rangers may well end up with the wild card this season. In thinking about it, through, I don’t know if that is necessarily a bad thing. Moving over into the Atlantic bracket, even if it means a date with Montreal could arguably be preferable to dealing with Pittsburgh, Columbus and Washington.

3. As the sample size for this season gets bigger, we are confirming what we already know: this team needs a massive upgrade on defense. The problem for this season is that pretty much four of the six roster spots could use an upgrade (you could argue three if you like Holden on the third pair), which is highly unlikely to untangle itself at one trade deadline, especially when 75% of the league is looking for the same upgrade.

4. With that in mind, I think the blue line reconstruction has to take place this offseason. Jeff Gorton did a really nice job of setting up the forward core this past summer, and I think the defense has to be the focus this season. I wouldn’t be looking to trade significant assets for rentals like Shattenkirk at the deadline, especially when he could ostensibly be had this offseason for salary only.

5. Expansion draft issues notwithstanding, I would certainly be open to exploring a longer-term acquisition at the deadline. If Winnipeg revisits offers on Jacob Trouba or Anaheim lowers its asking price on Sami Vatanen, I’m listening.

6. Not that Matt Puempel is anything special, but really, how much better of a waiver pick up could the Rangers have made with all the injuries for their forward depth? He has done a really admirable job filling in for some key players.

7. Many here have pointed out the disappearing act from Jimmy Vesey the past few weeks. I do have to wonder the impact the schedule is having on him. A little fun fact, this is now the most games he has played in a season in his entire career, and it’s not close. The last time he played more than 37 games in a season, he was playing junior A in 2012.   This obviously does not excuse poor performance, especially at the NHL level, but you do have to wonder how much of a factor fatigue is.

8. Until the Rangers sent Magnus Hellberg down yesterday, I was getting a little worried about the silence around Antti Raanta. Nice to see it looks like he will be ready after the break.

9. The NHL is bringing the much-lauded 3-on-3 All Star tournament back this season. I know it’s hokey and dumb, but I find the format immensely entertaining. It allows the boys to have some fun with it and show their personality, but it’s enough of a format that you don’t see guys in capes, glasses and wigs spinning around on breakaways with cameras on their heads.  As always, no one cares about the Skills Competition.

10. Incredibly random complaint to wrap this up: in what universe is Mike Smith an All-Star? Both John Gibson and Cam Talbot have significantly better numbers than Smith, who has rebounded, sure, but is certainly not a high-end tender at this point in this career. Ok, goalie rant over.

That’s it for me this week, enjoy All-Star weekend, everyone! The Rangers will be back in action on Tuesday against our old buddy Torts and the second place Blue Jackets.