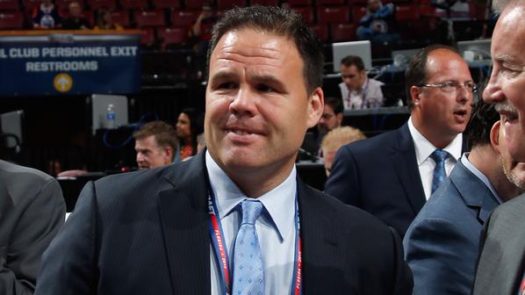 During last night’s broadcast, Bob McKenzie shared his thoughts of the Rangers needs and plans for the trade deadline. He didn’t shed any light on their needs, as they are still targeting a top-four right handed defenseman. The problem is that the rest of the league is looking for the same thing.

McKenzie also provided some insight as to the Rangers’ approach, which is to not sacrifice any of the core they’ve assembled thus far. That is the open-ended statement that can be interpreted many different ways. What defines the Rangers core? What are the Rangers willing to part with from the roster?

From McKenzie’s comments, I understood that to mean the Rangers will not part with any significant roster forward in a deal for Kevin Shattenkirk. To me, that means a player like Oscar Lindberg or Kevin Klein may still be dangled in that kind of deal. Regarding Klein, he’s likely the odd man out in any deal for a RD, both for cap space and roster space.

As for a blockbuster deal, something for a young defenseman that would completely retool the blue line, that would require different pieces. A Lindberg/Klein package doesn’t get you the likes of Dougie Hamilton, Jacob Trouba, or any of the Anaheim defenseman they might be dangling. Those deals are going to be team specific based on needs.

If the Rangers are to go that route –which would likely be over the summer– then they would need to part with something of value (have to give to get) and that has a comparable cap hit. That means parting with someone you may not want to part with.

Since the Rangers won’t be gutting the core or dealing top picks/prospects this deadline, expect them to target a minor upgrade. It likely won’t get them over the hump this year either. Personally, I’d be ok with a blockbuster move to begin the retool now. If the Rangers are going to target a Cody Franson type player, without making changes to deployment, then it’s an exercise in futility.