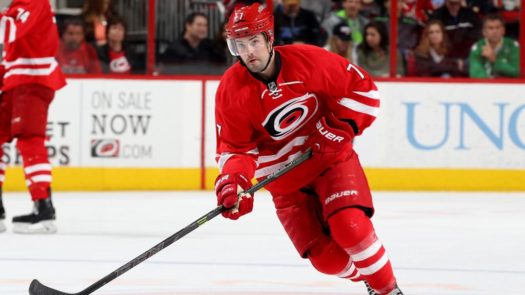 Ryan Murphy was the 12th overall pick in the 2011 draft

Last week we began examining possible trade deadline targets to help the defense with Michael Stone of the Coyotes. This week, we’re turning our attention to another righty D-man – Ryan Murphy – that has been pushed down the depth chart and no longer looks like he has a future with his club.

Murphy was Carolina’s first-round pick in 2011 – three slots before the Blueshirts selected J.T. Miller. He was billed as a future power play quarterback and offensive dynamo, but Murphy has only played 135 NHL games with the Hurricanes and never more than 48 in a single season.

Carolina is swimming in stud young defensemen, from known commodities like Justin Faulk and Noah Hanifin, to under-the-radar rising stars Jacob Slavin and Brett Pesce. Part of Murphy’s lack of chances can be blamed on his team’s enviable depth chart, but he’s also been very slow to develop and it seems like Carolina is more than ready to part ways with their former top pick.

Unlike Stone, an acquisition of Murphy would likely be done with more of an eye to the future than immediate help this season. It’s very difficult to imagine Alain Vigneault slotting the unproven Murphy into his lineup ahead of veterans Kevin Klein and Dan Girardi, and Murphy would even be behind Adam Clendening in the pecking order.

However, Murphy is a quick puck-moving defenseman, which the Blueshirts are obviously lacking. Murphy could likely be had on the cheap from Carolina and serve as depth for this year’s playoff run, with a real shot at making the team out of training camp next year when there will obviously be major changes to the blueline and Murphy might get a fresh start. Given Murphy’s own disappointing career thus far and the list of other players the Blueshirts will be unable to protect, it’s unlikely New York would be at risk of trading for Murphy and then immediately losing him to expansion.

For some more background on Murphy, I sent a few questions to Brian LeBlanc of Canes Country:

Q: What’s the biggest thing that has held Murphy back from earning full-time NHL duty? Is it more a product of the ‘Canes depth on defense, or Murphy’s own performance?

A: Mostly, it’s his own performance. Slavin and Pesce, lower-round draft picks, have quickly surpassed him on the depth chart, and he’s now stuck in no-man’s land. He’s a quad-A player who’s too good for the AHL but not any better than a spot-duty player in the NHL. We know that defensemen take a while to develop, but Murphy’s development has plateaued for at least three years now. At this point, he is what he is, and we’ve just never seen a breakout. The fact that he’s a regular healthy scratch with the likes of Klas Dahlbeck and, at times, Matt Tennyson tells you all you really need to know.

Q: What’s your opinion of Murphy’s career arc at this point? Fulfilling expectations as a first-round draft pick seems unlikely at this stage – but do you think he still has an NHL future ahead of him?

A: It was always a stretch to take Murphy at the 12th pick. His size has always been a major issue, and as the proverb goes, that’s not something you can teach. In the right scenario he could be a power play specialist, but that’s probably his NHL ceiling at this point. Personally, I think he may have more of a future overseas, where his lack of height and questionable defense (see below) aren’t as glaringly obvious as they are in the NHL. If Kevin Dallman, of all people, can be the best defenseman in the KHL, Murphy could be an all-timer over there.

One thing to keep an eye on: if he qualifies, he is almost certain to be exposed for the expansion draft. However, as of right now he still needs to play 24 games to qualify, which could force the Canes’ hand and cause them to sign Tennyson, Dahlbeck or maybe Ron Hainsey to an extension with the intent of exposing them instead. At this point there’s still time for Murphy to play enough to be exposed, but it could be that Murphy is dealt for an [expansion] draft-eligible player instead. There are a lot of moving parts here, so stay tuned.

Q: What are his strengths and weaknesses? How has he developed since his draft year?

A: To be honest, he has become a little more reliable in the offensive end, but not by a whole lot. He’s capable of making some ridiculous moves with the puck and he’s a very smooth skater, but too often he gets himself into situations where he turns the puck over too easily. His Corsi is good, but his Fenwick is awful (46%!), which means that a ton of his shots get blocked and accomplish nothing. And defensively, he’s, uh, lacking. Even though 46% of his shifts start in the offensive zone, the second-highest number on the team, he ends 33% of them in the defensive zone. Simply, when Murphy is on the ice, the Hurricanes move backwards.

Q: Are you of the opinion that Carolina will look to deal him? If so, what would you expect for a return?

A: Murphy has been on the trade block for months now with no takers, and while I’m sure the Canes would love to move him, his cap hit remains so low (a shade under $800K) and he remains a serviceable enough seventh defenseman that they may just hang onto him. The one thing that could change the calculus, as mentioned earlier, is the expansion draft. If Murphy could be moved for a player that would give the Canes a little more than he provides, plus has expansion draft eligibility, I don’t think Ron Francis would wait at all to make that move. Otherwise? A mid-round draft pick, tops.
—
Big thanks to Brian for the help with this post – be sure to check out his site!