Marek Hrivik and the case for sticking around 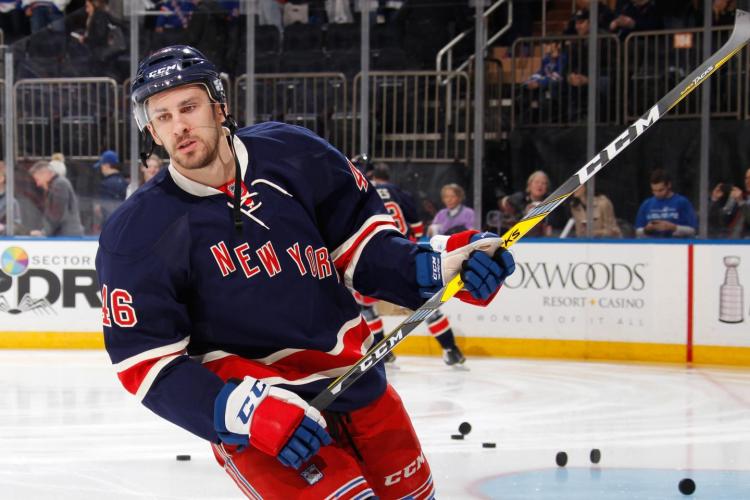 If you were to pick a member of the Hartford Wolf Pack that would be an unsung hero for the Rangers this year, my guess is Marek Hrivik wouldn’t have been your first choice. Maybe it would have been Nicklas Jensen, or perhaps Boo Nieves. Hrivik may have been in the discussion, sure, but very few would have picked him first.

But that’s exactly what Hrivik has been thus far. He doesn’t have a good offensive stat line, which just two assists in 16 games. Hrivik has been a mainstay on the fourth line for the past 16 games, providing much needed stability. He’s one of the key reasons that the Rangers have been so successful while dealing with a number of major injuries.

Just looking at the raw skill set, Hrivik is a good skater that manages the puck well. He’s been used in all situations in Hartford, which makes him a strong two-way player in the AHL. While his offensive numbers won’t translate to the NHL due to usage (fourth line vs. first line/PP time), the defensive skill set does translate.

Admittedly this is a small sample size of games, but what we’ve seen from Hrivik has been very promising. He’s been strong on the puck, makes good decisions to start the breakout, and has good positioning in his own end. He’s not perfect by any means, but he has the tools to remain an effective fourth liner.

All told, these are numbers that suggest Hrivik is more than a tweener. The Rangers are certainly blessed with incredible forward depth, and as these players return Hrivik will likely be one of the players to see his name scratched off the lineup card. With Brandon Pirri struggling, it makes you wonder if Hrivik has played well enough to earn an extra look.