Evaluating the Rangers at the halfway mark 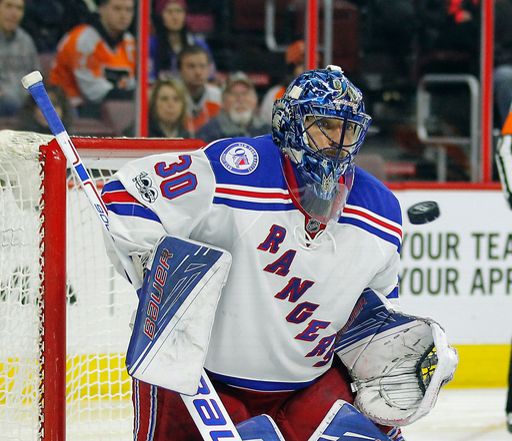 With the other night’s thrilling comeback win against the Columbus Blue Jackets, the Rangers are entering the CBA negotiated bye week with a 28-13-1 record and 57 points. That is only good for third in the Metropolitan Division, with the Blue Jackets and Pittsburgh Penguins ahead of the Rangers. The Washington Capitals are just two points back as well. Suffice it to say, the Metro is the toughest division in hockey this year.

But the Rangers do have a +39 goal differential, which is good for second in the NHL. That is attributable to their 146 goals scored, tops in the league. Shoddy defense has made the Rangers somewhat inconsistent at times, but it’s been just barely passable to help the Rangers get to 26 regulation/OT wins, tied for tops in the league (Columbus). Considering the obvious hole in the lineup, the Rangers are in solid position at the halfway mark.

But there’s more to hockey than just reading the standings. After all, on any given night the better team doesn’t always win the game. That’s why they play the game. Luckily we can look at how the Rangers have been trending to see if this success is something they can continue.

The numbers don’t favor the Rangers, and it’s something that has been said for a while. That said, their rolling ten-game average leaves room for hope. Let’s first remember that the Rangers have been without Mika Zibanejad and Pavel Buchnevich for most of the season, and haven’t had Rick Nash for a good number of games as well. That amounts to a first line missing to injury. Compounding the concern is that all three are positive possession players, and you have a big hole due to injury.

I’m willing to attribute a lot of the early season issues with Corsi to having such huge leads early in games. However when that scoring slowed down, the process didn’t improve, which led to a pretty bad dive until early December. The Rangers climbed back with more emphasis on team defense, but have been sliding again lately. Expect the inconsistency to remain until the team is both fully healthy and plugs the gaping hole on defense.

The good news is that the Rangers are actually not riding a huge PDO wave anymore. The shooting has slowed –as expected– as the goaltending got better. All this has led to the tank in PDO in November/December that wasn’t too noticeable. Of course that tank came at the same time as the process deteriorated, but that seemed to be just coincidence.

By expected goals-for (xGF%), the Rangers came back down to league average after starting the season at an unsustainable pace. I think we have all come to recognize that the Rangers were never going to continue to score the way they have, so it’ll be on the porous defense to improve if the Rangers want to be a true threat in the playoffs.

We all know what the numbers say about the Rangers at this point. They don’t necessarily tell the whole story though, as score effects definitely played an role in the subpar Corsi numbers to start the season. Injuries also play a role in the subpar Corsi numbers as the season progresses. But don’t let that fool you, just because there are reasons for the subpar numbers, there are no excuses. The team has holes, and needs to address weak areas.

Those holes are easy to identify if you’re watching the team closely. Heck, you probably don’t even need to watch all that closely. We will get into individual player evaluations later this week, so I’m not going to dive too deep into individual players today. However it’s painfully obvious the Rangers need a true 1RD and a replacement for 3RD.

But let’s focus on some positives, as the team is looking like it will be headed to the playoffs again. One thing we have learned many times this season is that this is a group that doesn’t say die. The Columbus game was just one of many instances where the Rangers overcame early deficits to earn come from behind victories. They have the attitude of a team that is never out of it, and that’s important come playoff time.

The forwards are some of the deepest we’ve seen in years. Alain Vigneault is able to run four lines of pure skill, making the Rangers a threat to score up and down the lineup. And this is true of the team when missing three top six forwards. When healthy, they are even more dangerous, perhaps even deeper than the Penguins’ formidable lineup.

After the first month many were ready to write off this team as just a repeat of last year’s team, unable to put it all together because of massive holes in the lineup. This year’s team is clearly cut from a different mold, with skill up and down that is able to hide some of the team’s flaws.

The Rangers of 2016-2017 are not a perfect team by any stretch. They have significant strengths in net and up front, but those a team is only as good as its weakest link, and that weak link is the blue line. Can the forwards and goaltending bear the heavy burden of carrying this team for an entire year? Or will they break under the porous back-six that have been an Achilles Heel to the Rangers?