The Rangers went into Glendale last night looking to take advantage of a soft spot in their schedule. They came out with two points, but it certainly wasn’t easy. The Rangers got two powerplay tallies early, but let the Yotes hang around with sloppy overall play. It was also the powerplay that got the game winner, as Matt Puempel book-ended the powerplay scoring with the first goal and the game winner. He also added another one with ten seconds remaining to complete the hat trick.

Antti Raanta was brilliant in this game, making several difficult stops in the second and third periods as the Yotes pressed to tie the game. He could not keep them from tying it, but the Yotes’ speed was on display in the third as he was peppered with quality chances.

Don’t let the score fool you though, this was not the best of games by the Rangers. Arizona is not a good team, and the Rangers let them hang around all night. If not for a 4-for-7 night on the powerplay, this game could have been a lot different. However, it’s amazing what a good powerplay does for a team, right?

Matt Puempel threw this puck in front, trying to get it to Nick Holden. The puck hit off Alex Goligoski’s stick and by Smith.

Holden made a fine outlet pass to J.T. Miller to start the powerplay rush. Miller gained the zone, circled behind the net, and found Holden trailing the play in the slot for the easy goal. Tough to really pinpoint who should have picked up Holden, but Lawson Crouse (#67) didn’t do a good job of preventing the pass to the slot. I’m assuming he saw Holden, so it’s a matter of which shooter (Holden or I think Fast) is more dangerous. Holden was in the more dangerous spot.

The top line moved the puck very well on this shift, resulting in some touch-passes along the boards that got the puck up to Holden at the mid-point. Chris Kreider got in front, and deflected Holden’s shot by Smith. Connor Murphy was slow getting to Kreider on this one.

Anthony Duclair undressed Skjei, then his pass hit off Dan Girardi’s stick and over Raanta. Just some bad luck.

This is not a good look for the penalty kill. I honestly have no idea what they were doing.

Boy did the powerplay bail out the Rangers in this one. It helped that neither Connor Murphy nor Alex Goligoski covered Puempel in front. It was an easy deflection for him on the McDonagh shot.

Marek Hrivik intercepted a pass in the neutral zone, then gained the zone. Hrivik dished to Brandon Pirri, who found Puempel cutting at the back door. This was Puempel’s first career hat trick. 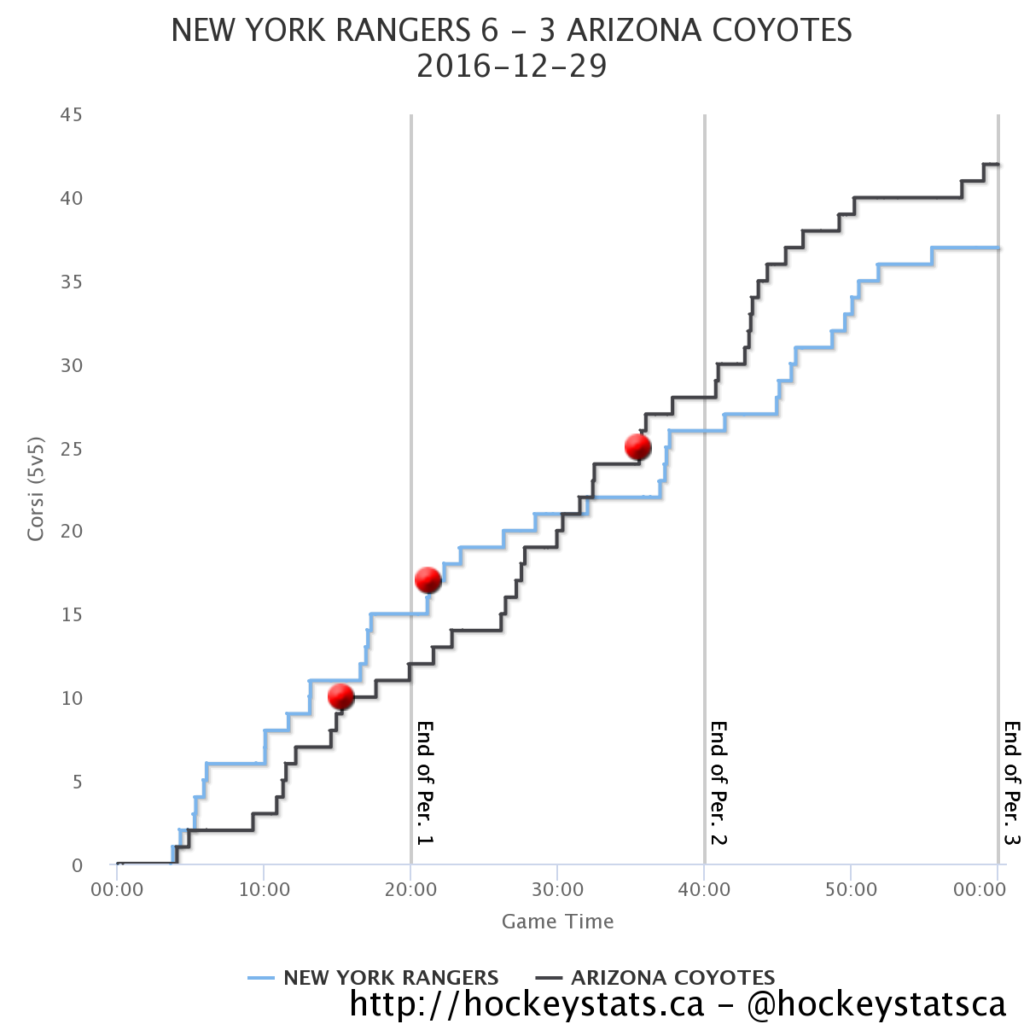 The Rangers jumped out to an early 2-0 lead on powerplay goals, which turned into a 3-1 lead in the second period. That might explain some of the uptick in shot attempts by the Yotes. They certainly were getting shots on net, but it wasn’t until late in the second and the third that these turned into quality chances. 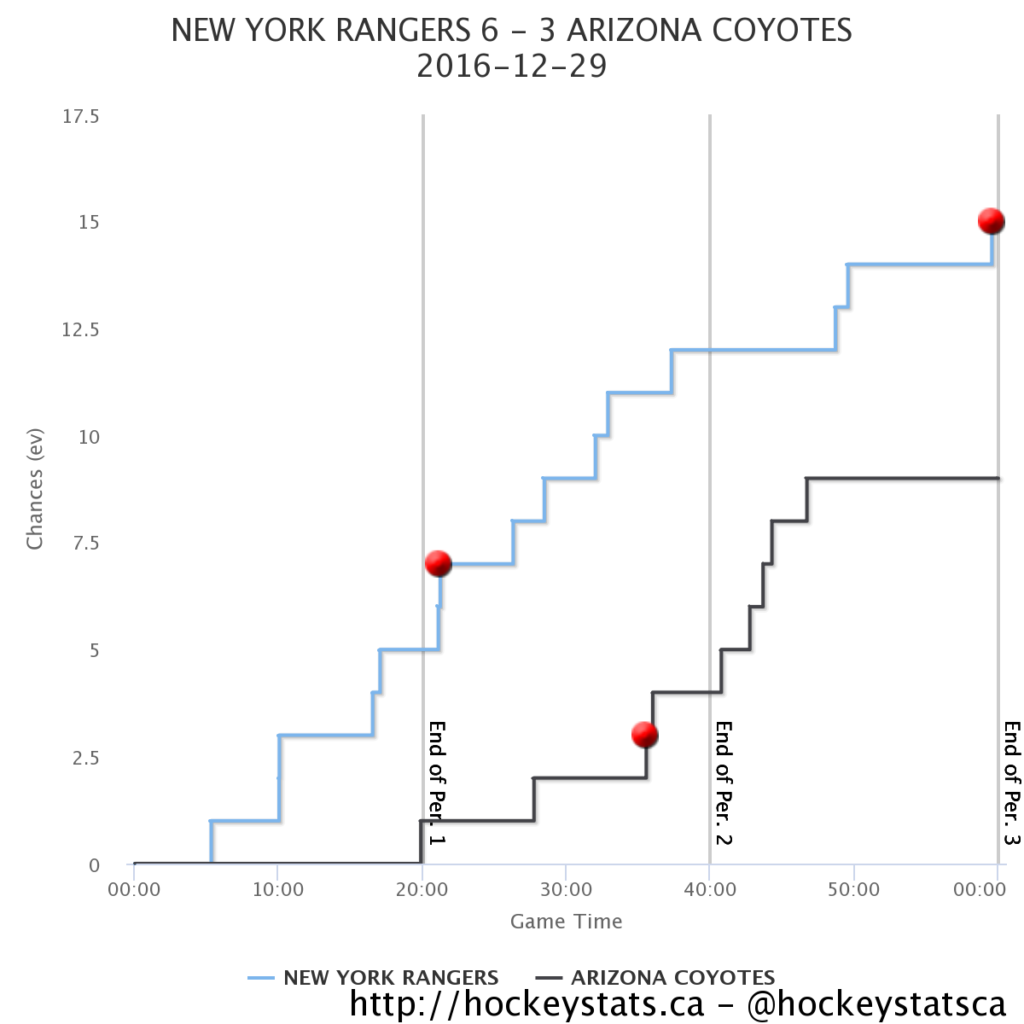 Usually when a team is protecting a lead, you want to see the scoring chances start to come down. But it was the exact opposite, as the Rangers allowed the Yotes to triple their scoring chances in a ten minute span at the end of the second and beginning of the third. They got their act together in the final 12 or so minutes, but that was ugly.

This was one of those games where you’re happy the Rangers got two points, but not necessarily happy with the performance. The powerplay was a saving grace, as their special teams play has been strong all year. This was certainly a game where the Rangers played down to their opponent, and it almost cost them. But hey, two points is two points.