Could Derek Stepan be trade bait for defensive help? 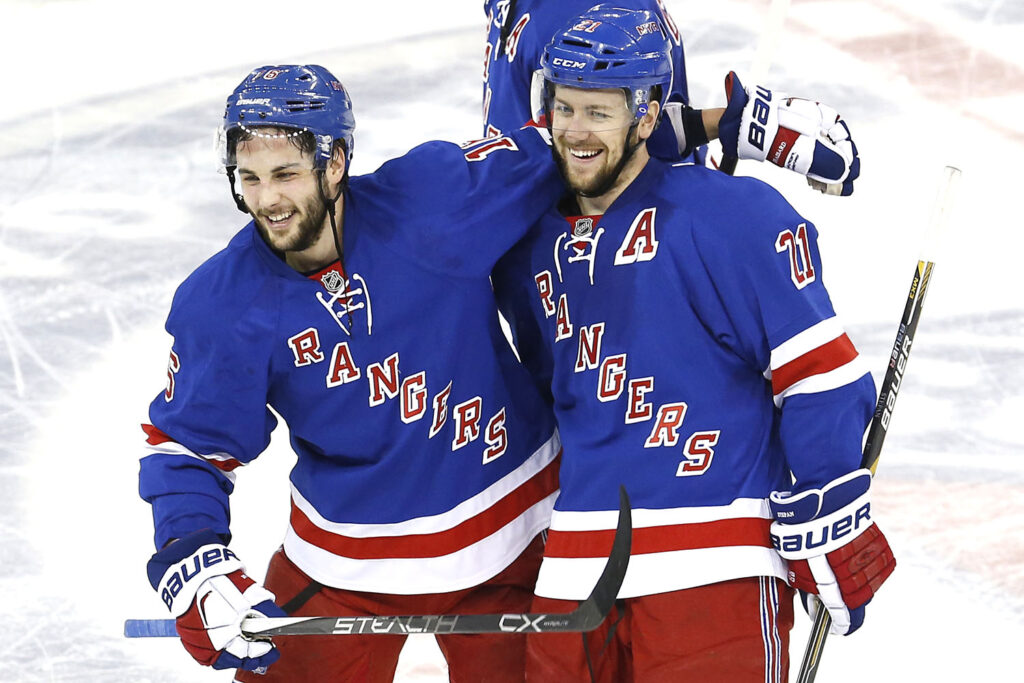 For anyone watching the Rangers this season, it’s been clear that they need help on defense. More specifically, they need a true 1RD. No matter where you fall on the spectrum of Dan Girardi and Kevin Klein, it’s clear neither of them are capable of being successful in that role. For the Rangers to be true contenders, an upgrade is needed.

However in the NHL, you need to give to get. If the Rangers are truly going to land a Dougie Hamilton or a Jacob Trouba, they need to give up something of value. A package of a bottom-six forward and a bottom-pairing defenseman is simply a laughable proposal. The Rangers need to give a top line forward in order to land their prized defenseman.

J.T. Miller was initially thought to be the most logical trade piece, but his play this season has moved him close to untradeable territory. Cheap goal scoring is very difficult to come by in this league, and Miller is cost controlled for another four years.

Stepan is a bonafide 1C, capable of 50 points per year. He’s not an elite center (Crosby, Tavares, Kopitar, etc), but he’s on the next level below the elite players. At a $6.5 million cap hit for the next five years, he’s on a pretty solid deal relative to his production, but is also one of the most tradeable assets the Rangers have to clear cap space.

Another aspect of this is the expansion draft. With news that the Rangers must protect Rick Nash, the club is in a pretty pickle with their seven forwards to protect. It might force them to expose Miller or Hayes, which is something they simply cannot do. Trading Stepan for a defenseman opens up a spot to protect a young skilled forward. It’s just business at that point.

When it comes to on the ice impact, the Rangers would certainly lose one of their top forwards, but the gain on defense would more than make up for the loss of Stepan. Naturally, this theoretical trade would need to happen after Zibanejad returns from injury in January, and Stepan, while popular, could be the piece to improve their back line. It’s a critical improvement the club needs to make to seriously contend this season, be it with Stepan or by other means.