Have no fear, special teams are here 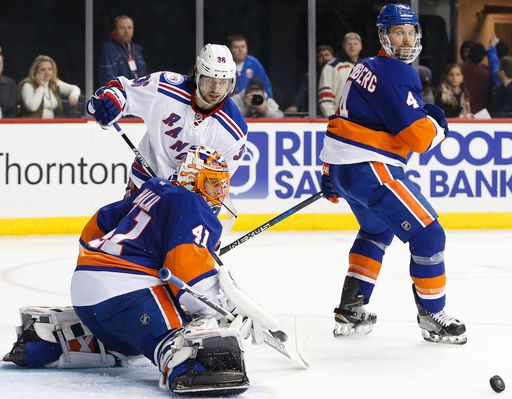 As the season has progressed for the Rangers, there has been growing concern that this year is a lot like last year. And it’s tough to really fault those that are worried. There are some alarming similarities. Last year, the Rangers got off to a hot start with unsustainable goaltending and shooting. Their possession stats weren’t good, and when the regression came, the Rangers crashed down to Earth.

This year is a little similar. There was a hot start with unsustainable shooting. The possession stats have been tanking until very recently. But there are some differences at even strength, most notably the scoring chance rates (great) and the goaltending (mediocre).

But perhaps the biggest difference from this year to last is special teams.

Special teams have been a major strength for this club, and perhaps is a reason why the Rangers can continue to win despite bottom-ten possession stats at even strength. If we recall last year, the Rangers couldn’t kill a penalty to save their lives, and were incredibly inconsistent on the powerplay. This year is a complete 180.

The Rangers are generating a ton of chances while on the powerplay, second to Anaheim on this chart. But what the Rangers also have is a top penalty kill, fifth in the league in scoring chances against.

For a penalty kill, limiting scoring chances is a major success factor. The Rangers were near bottom of the league last year, and only Henrik Lundqvist’s Herculean efforts kept them from being the worst penalty kill in the league. Personnel changes have had the biggest impact on the success this year, which sits at an 86.1% success rate (4th in the league).

For the powerplay, fans will probably disagree that the powerplay is one of the best in the league. After all, goals have to factor into the overall success, not just shots. However the Rangers convert at a 22.6% rate on the powerplay (5th in the league). They are doing this without arguably their best weapon with the man advantage in Mika Zibanejad as well.

The concern at even strength is a valid one, if perhaps a bit premature due to injuries. However special teams are a major point of success for the Rangers. We are beyond one-quarter of the season as well, and while the success rates may drop due to execution, the right process is there. Special teams wins games too, and the Rangers have the right process and right execution thus far.