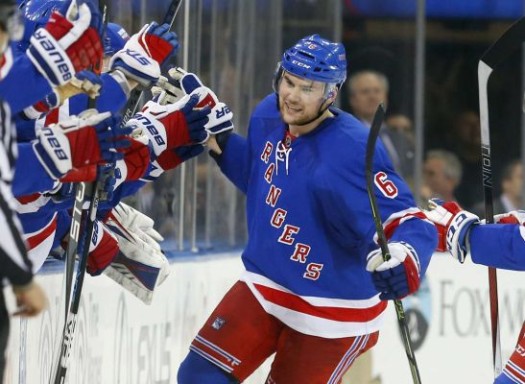 The long awaited Dylan McIlrath trade has happened, as the Rangers have sent the former first round pick to the Florida Panthers in exchange for defenseman Steve Kampfer and a conditional 7th round pick. Many have waited for McIlrath to be on the move since before his demotion, as it has been clear that he has no future with this club as currently constructed.

In return, the Rangers are getting Kampfer, whom they actually traded to Florida two years ago after signing him as a free agent. Kampfer has actually played some significant minutes with the Panthers in years past, but has skated in just one game this year, likely as a result of an upgraded blue line in Sunrise.

McIlrath ends his Rangers career with a line of 2-2-4 in 38 games with 84 PIMs. This was overall bad management by the Rangers since 2010. It was a bad pick (given who was available), bad development, bad handling once in the NHL, and now a relatively bad trade for a spare part and a conditional late pick.