An early look at how Alain Vigneault deploys his players 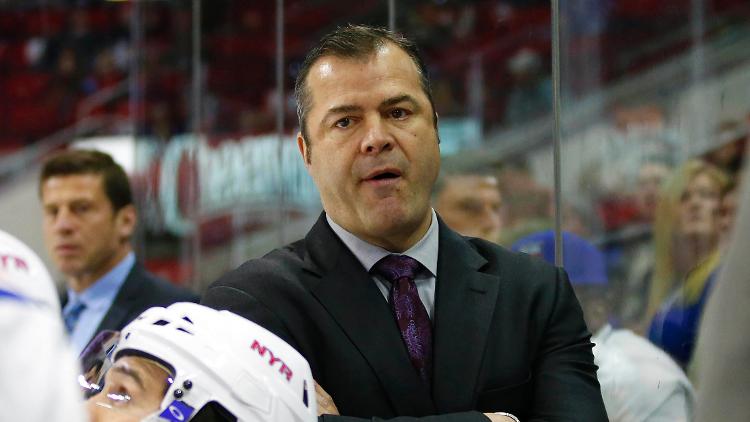 One of the many questions heading into the season was how Alain Vigneault would deploy his players. There were a bunch of new players, and even with four skill lines, AV still has a tendency to have his one “shutdown” line. Couple that with an aging and relatively poor defense group, and you have a lot of questions. 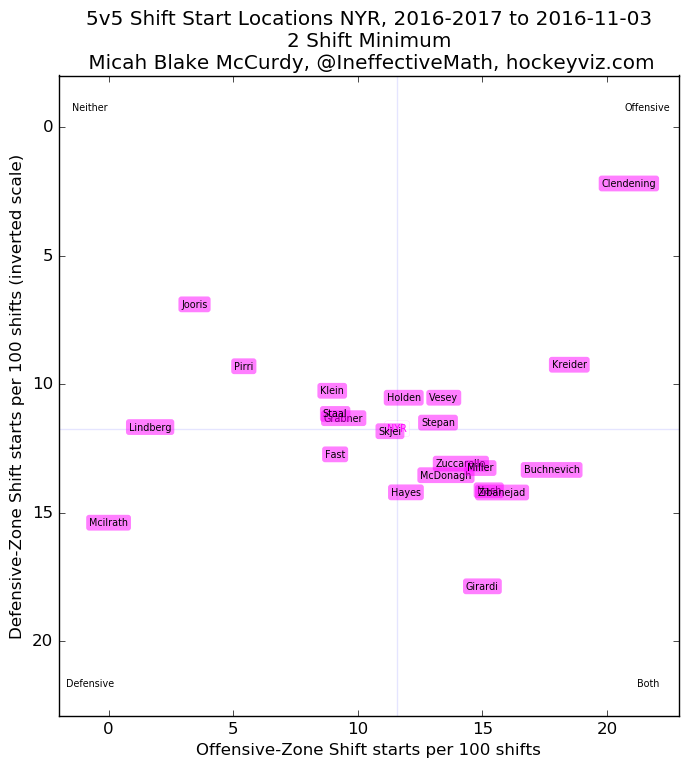 When looking at the chart above, some of what we expect is true. Clendo is most certainly deployed in an offensive role. But he seems to be the only defenseman still with the team that is deployed in any specialized manner. Girardi isn’t deployed in a specialized role. Interestingly enough, Dylan McIlrath was deployed in that role, but he’s no longer with the club.

As for the forwards, Chris Kreider’s hot start might be attributed to his offensive deployment. But perhaps the most interesting thing here is Brandon Pirri’s deployment, as he’s more on the defensive side of things. Considering his skill set, you have to wonder if that’s the best even strength situation for him.

However when looking at the team as a whole, AV isn’t really giving specialized roles to any of his players. It appears he recognizes the depth of the club. In turn, the team has produced while he rolls four lines evenly. It’s still early, but as of today, having no specialized roles appears to be working for the Rangers, and Alain Vigneault.