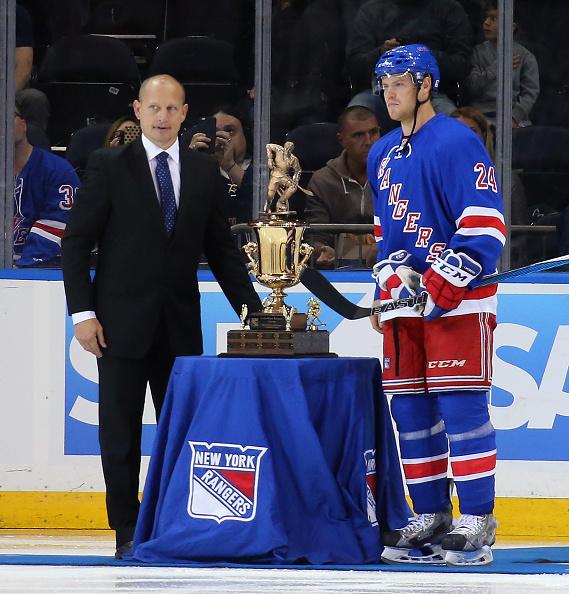 Update: Lindberg will still start on IR, but Alain Vigneault expects to start with 13F and 7D, so expect one defenseman to be cut. Likely Brady Skjei.

Per Steve Zipay, injured center Oscar Lindberg is practicing in full today, and is not in a non-contact jersey. Lindberg had dual hip surgery in May to repair a pair of torn labrums. He was expected to be out six months from the date of the surgery, setting him up for an early-November return.

Lindberg appears to be ahead of schedule. There have been more than a few questions regarding who centers the fourth line, with Josh Jooris seemingly taking that role with Lindberg out.

The Rangers are currently at 24 skaters. Lindberg was expected to go on IR, but that may not be the case any longer. If so, the Rangers will need to cut at least one more skater to get to 23 by tomorrow’s deadline.