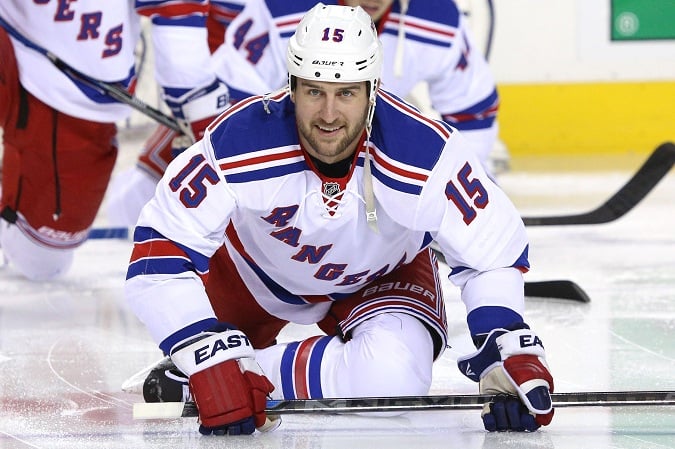 As expected, the Rangers have waived forward Tanner Glass. With all the offseason moves made, Glass’ spot was already in question. The preseason performances of Brandon Pirri, Pavel Buchnevich, and Jimmy Vesey put his role further in doubt. With Josh Jooris signed to provide some improved skill and penalty killing, it seemed all but a certainty that Glass would be waived.

Glass has been a hot topic over the past three years, but there’s no doubting that this year he was outplayed by everyone who has made the roster. Nathan Gerbe also joins him on waivers, having been outplayed by a number of players.

Gabriel Fontaine returns to his CHL team. Nieves would have been cut a while ago, but stuck around due to injury.