Putting together the next great USA Hockey roster 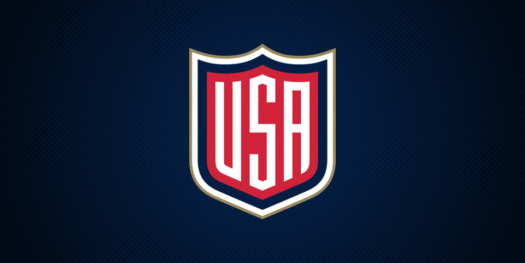 With last night’s loss to the Czech Republic, the United States capped off an absolutely humiliating overall performance in the World Cup of Hockey. This event was an embarrassment the USA Hockey organization had not experienced since 1998 in the Nagano Olympics, and highlighted the need for systemic change amongst their leadership.

With the archaic brain trust seeking to replicate David v. Goliath glories of old, specifically 1980 and 1996, the organization’s leadership lost sight of how to actually build a hockey team. They packed their suitcases with hard hats and sand paper, and headed off the World Cup to announce loudly and proudly that they truly do not understand the modern game.

Now in fairness, many very talented players were left unavailable due to their participation with Team North America, however, that did not stop them from leaving many of their most skilled players at home. Hoping to physically bully other nations into submission, the decision making process focused on character over talent, physicality over basic hockey skills.

Enough ink has been spilled on that topic. However, what I want to do this morning is examine the objective state of USA Hockey and see what the next great United States squad could look like, assuming both participation in the 2018 Olympics in South Korea, and the leadership of the organization actually taking their best players.

Additionally, this type of crushing loss allows you to close the door on the old guard and concentrate on your best young players for the future of international play. So, that will be the focus of this exercise.

That’s nine players out of 23 without making a single tough decision. Next, let’s add back the guys from the North American team that should be locks: Jack Eichel, Johnny Gaudreau, Auston Matthews, Brandon Saad, Vincent Trochek, Seth Jones, John Gibson and Connor Hellebuyck. Now, you are back up to 22.

This brings us up to a roster of 30, and the hard decisions come in to play. Let’s start with the goalies. Ben Bishop will turn 30 in November, meaning he will be closing in on his 32nd birthday when the puck drops in 2018. This is the last time he would really have a realistic shot of making the team, especially with the talent behind him. He is probably still good enough, but I would look toward the future. With Quick already gone and Bishop along with him, that leaves us with Cory Schneider as the veteran starter, with Gibson and Hellebuyck in reserve.

Looking at the forward group, we were only down to seventeen for a thirteen-man roster. Kyle Palmieri is an easy cut, for me. Now, it gets extremely difficult. Very good players are going to lose their spot in situations like this, and I don’t have much of a choice other than to cut Derek Stepan, James Van Reimsdyk and TJ Oshie. It’s not that these players aren’t good enough to make this team (they are), but there are superior options. This also leaves talented Team NA options Dylan Larkin, Sean Coutourier and J.T. Miller at home.

The defense gets more challenging. We currently have eleven options for seven spots. For defense, I am looking for skating ability, transitional prowess and guys who can join the offense.   Justin Faulk and Kevin Shattenkirk are locks. Ryan McDonagh is veteran of international competition and can move the puck. Seth Jones is probably the best possession defender available to the Americans, along with Nick Leddy and Keith Yandle. The final spot is the hardest selection for me. I have three guys I would seriously consider in Dustin Byfuglien, Shayne Gostisbehere and John Carlson.

Carlson has the international experience and can produce points are a well above-average clip. However, his possession and transition numbers leave a lot to be desired. Ditto Gostisbehere, but he has specialized PP skills. Byfuglien is probably the most well rounded option, but he his skating is not on par with the other alternatives, especially in a speed-based tournament.   At the end of the day, I’m looking toward the future with a big shot and taking Gostisbehere.

All told, we are cutting John Carlson, Dustin Byfuglien, Matt Niskanen and Jacob Trouba, for a final defensive group comprised of:

So there we have it, my vision for the next great American hockey team. What do you think? Hate any of my cuts? Leave anyone obvious off the roster? Sound off in the comments below.