Deep Dive: Team Sweden at the World Cup of Hockey 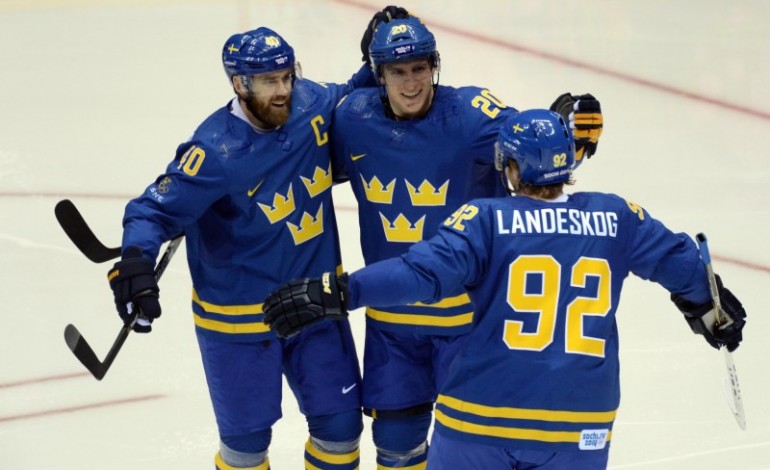 It’s September, and while the NHL regular season is still somewhat far off, hockey is just around the corner. With the return of the World Cup of Hockey, fans will have some solid hockey to sate their appetites before things really get underway for the club teams in October. Although Becky has already weighed in with a great preview of the general action, I figured I’d do a deep dive into Team Sweden for a couple of reasons. The first is because our very own King, Henrik Lundqvist, is the team’s biggest star, and second is that I’m high on this team’s roster and think they’re my favorite to win it all (with North America being my dark horse pick).

Let’s start with the forwards. Some disappointing news came recently when it was announced that Henrik Zetterberg, a veteran of the squad, would be unable to play, but Mikael Backlund should prove to be a serviceable replacement. Along similar lines, Alex Steen, a highly effective two-way forward, will be replaced by Rickard Rakell, who is also more than capable of filling Steen’s shoes. From there, although there’s no real superstars (except for maybe Nicklas Backstrom) on the front end there are plenty of quality players ready to make a splash on the big stage. Recent Stanley Cup winner and former New York Ranger fan favorite Carl Hagelin’s on the team, as are the likes of Filip Forsberg, Patric Hornqvist, and Gabe Landeskog. All in all, while the team lacks the offensive firepower of say Canada, they should be able to put up points effectively, especially with the defense chipping in as well.

Which of course brings us to the defense. It’s hard not to be impressed by this blueline, and I might even go so far as to say that Sweden has the best defensive corps of any team at the World Cup. Last season Hampus Lindholm, Erik Karlsson and Victor Hedman were the three defensemen with the highest relCF%s of defensemen who had played 1000 minutes or more, with OEL coming in sixth, Stralman coming in eleventh, Hjalmarsson at 34th, and Ekholm at 37th. Suffice to say this defensive group is going to be effective at keeping the puck out of its own end, to say the least of this blueline’s offensive contributions. Erik Karlsson obviously led the league in assists this past season, with a sizeable amount of those assists coming on the power play, but don’t forget guys like Lindholm, Hedman, or OEL who can also put up points with the best of them. It’s hard to find even a remotely weak link in this defensive group – the kind of puck movement we’re going to be seeing from the backend should more than equip Sweden’s forward corps with what they need to get the job done.

Of course on the off chance that this defensive group does give up a shot, opponents still need to get through Henrik Lundqvist. Rangers fans know this well, and this blog had been unequivocal in dispelling any notion of decline, but it’s worth repeating in case there’s any confusion: Henrik Lundqvist is the best goaltender in the world. Whether it’s by Nick Mercandante’s adjusted goals saved above average per 60 stat (adjGSAA/60) or Ian Fleming’s above average appearance percentage (AAA%) Lundqvist outshines them all. His mechanics are exceptional, his composure is beyond doubt, and as we all know from seeing him in the playoffs, Henrik comes up big in big game scenarios. We’re all lucky to be able to watch an athlete of his caliber compete, and it should be particularly fun to watch him with this roster in front of him (not that seeing him in Rangers blue isn’t also a privilege).

So there you have it: Team Sweden is my favorite to win the World Cup of Hockey this year. This team is built from the net out, with the Henrik we all know and love backstopping them, perhaps the world’s best blueline in front of him, and a rock solid forward corps take care of things up front. It should be a real treat to watch Sweden move the puck, and their mobility and balance is so much of the reason they’re my pick to win this World Cup. Obviously be on the lookout for Canada, and Team North America may surprise, but my money’s on Sweden this time around.